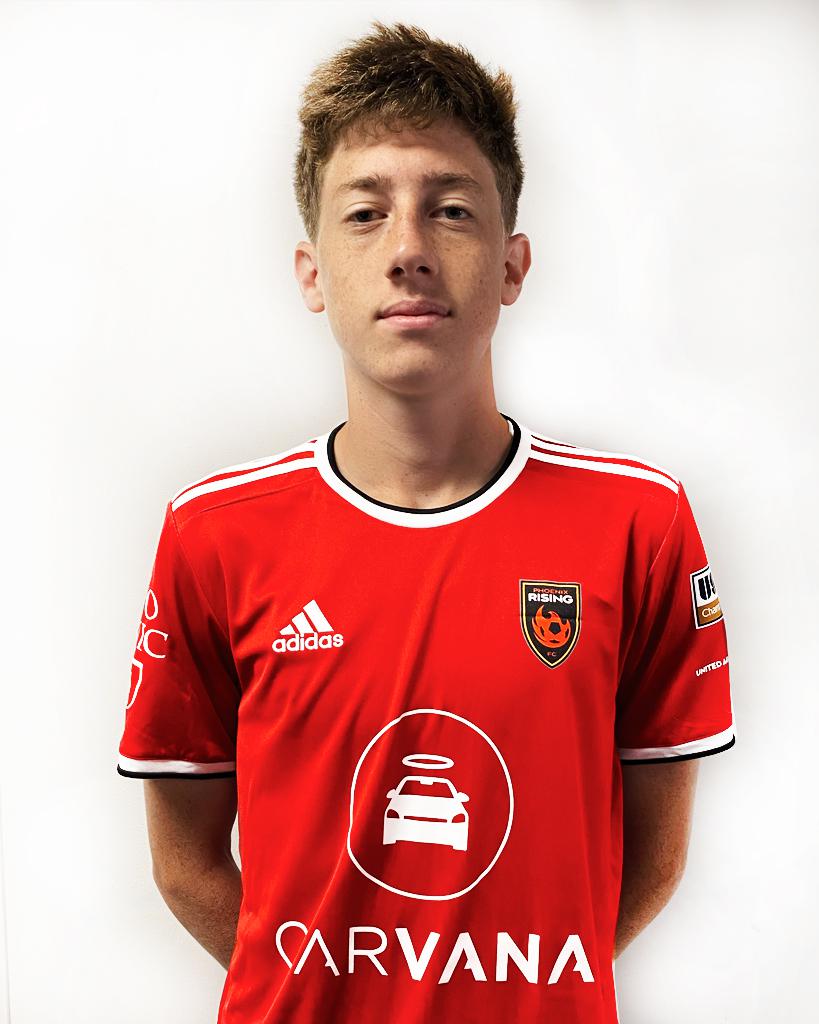 Position: Defender
DOB: October 18, 2004 (16)
High School: Hamilton
HT: 6-0
WT: 150
Born: Scottsdale, Arizona
Hometown: Chandler, Arizona
Twitter: NiallDunn19
Instagram: NiallDunn
Phoenix Rising FC signed defender Niall Dunn to a professional contract on July 29, 2021.
“Coming in and training every day with the pro team and getting games with the academy, I was able to gain confidence and feel like I belonged,” said Dunn. “Towards the end of preseason, after I had played a few games against MLS teams, everyone became more accepting of me. That is when I knew this was the right place for me. That I’d be able to adapt to the professional level.”

Dunn joined Phoenix Rising’s youth ranks in 2014 and worked his way up to the academy level in 2020. He began training with Rising’s first team in early March. After holding his own in several matches against MLS competition this preseason, Dunn signed the USL Academy contract in April. Rising has signed seven youth players to USL Academy contracts. Dunn is the first to make the leap to sign a professional contract.

“As soon as he signed the academy contract, he sat down with our strength and conditioning coach Sean Buckley,” said Rising head coach Rick Schantz. “Niall’s working hard to be the best he can be. He is learning from guys like Solo [Asante], Joe [Farrell] and [Kevon] Lambert, listening to the coaches and watching film – everything he can do to become a pro.