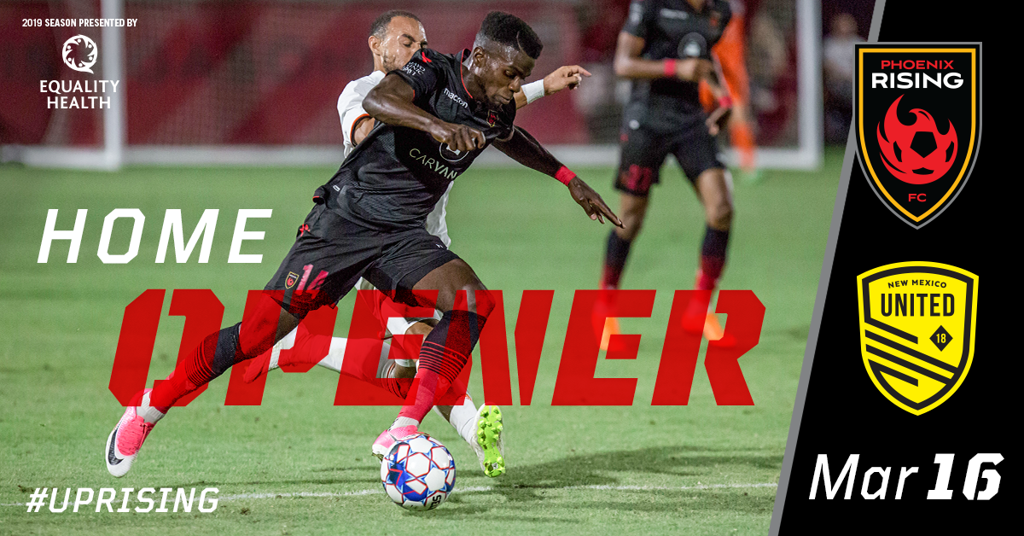 2019 season begins on the road at San Antonio FC

Fans can purchase season ticket memberships for as low at $15.99/month by going to PHXRisingFC.com.