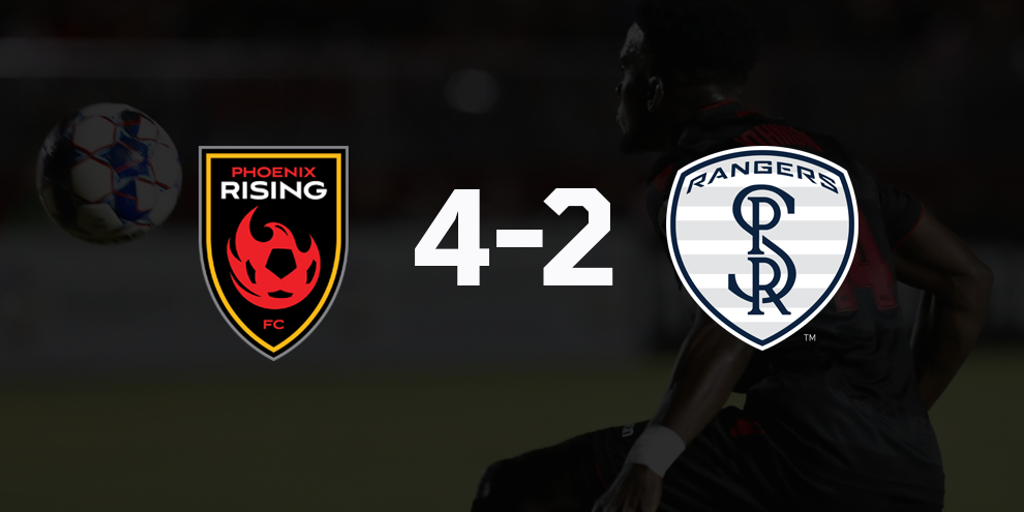 PHOENIX (October 26, 2018) — Phoenix Rising FC moved on to the USL Western Conference Finals after defeating Swope Park 4-2 in front of a record sellout crowd of 7,707. Rising FC now awaits the result of Orange County SC and Reno 1868 FC to find out if the club will host the conference finals.

Phoenix Rising midfielder Kevon Lambert scored the game-winning goal in the in the 48th minute with an assist from Jason Johnson. His shot from the top of the box took several bounces before hitting the back of the net and giving the club a lead it never relinquished.

Didier Drogba sealed the club's win with a goal in stoppage time to make it 4-2. Forward Chris Cortez made a clean one-on-one tackle in the opposing half to get the ball to Solomon Asante. Asante drove toward the net before centering a pass to Drogba, who finished for the insurance goal.

Rising FC forward Jason Johnson opened the scoring in the 23rd minute to make it 1-0. With the ball at the top left corner of the box, Johnson nutmegged his defender to give himself space before firing his shot into the far right side of the net.

Swope Park responded with two goals of their own to take a brief 2-1 lead. But, in the 36th minute, Cortez scored an equalizer with an assist from Didier Drogba. That goal marked his 30th career goal with the club, a new club record.

Information on potential tickets for the Western Conference Finals, should Phoenix RIsing host, will be released on Sunday morning.