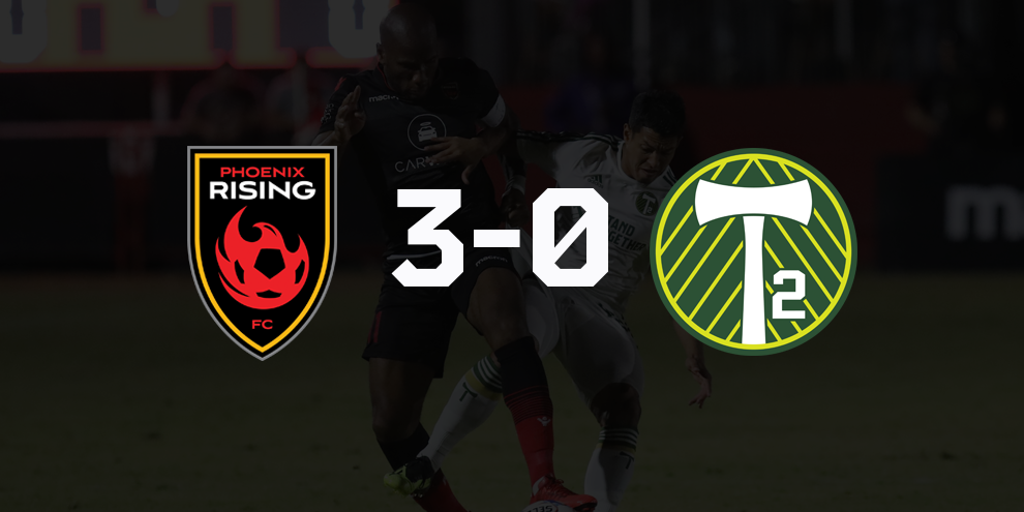 PHOENIX (October 19, 2018) — Phoenix Rising FC advanced to the Western Conference Semifinals following a 3-0 win over Portland Timbers 2 in front of a record sellout crowd of 7,511 fans at Phoenix Rising Soccer Complex. It was the first-ever postseason win in club history.

Drogba opened the match’s scoring in the 28th minute with a spectacular long-range free kick from 30-plus yards away. It was his second postseason goal with the club.

Rising FC held onto that lead into and out of the half. Johnson doubled the lead in the in the 62nd minute. Following a long-range ball from Chris Cortez, Johnson corralled the ball in the box, turned, and fired a shot inside the near left post for the goal and 2-0 lead.

Asante put a cap on the evening in stoppage time. After a loose ball came to his feet at the top of the box, he maneuvered around his defender and flicked a quick shot inside the right post to make it 3-0.