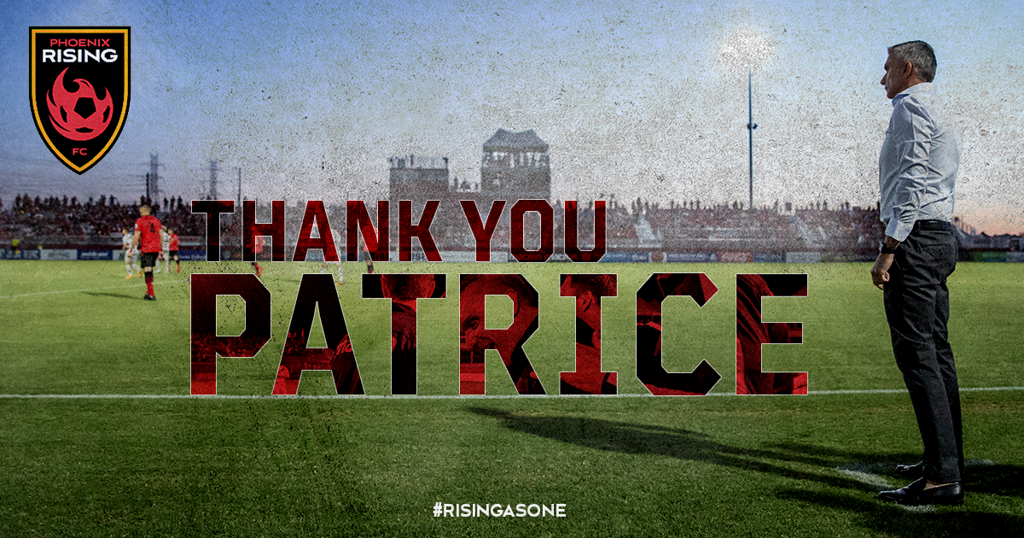 “I am incredibly proud of my staff and players for their dedication and hard work to achieving such unprecedented success as a new professional soccer team,” said Carteron.  “The empowerment from Phoenix Rising FC Governor Berke Bakay and the entire ownership group, and support from the amazing fanshas been truly fantastic.  I will forever remain among Phoenix Rising FC’s biggest fans.”

Carteron departs after one calendar year of leading Phoenix Rising FC. Carteron led the club to a USL playoff appearance in 2017 and is the all-time club leader in points earned (71 points) while also being tied for all-time wins (20 wins). Carteron is also responsible for the club’s longest unbeaten run of 11 matches.

“Having Patrice at the helm of Phoenix Rising FC during our most important formative year has laid the foundation for decades of success,” said Phoenix Rising FC Governor Berke Bakay.  “He deserves this opportunity to lead one of the world’s largest soccer teams, and they are extremely fortunate to have him as their new head coach.”

Rick Schantz has been appointed the interim Head Coach and will be at the helm when Phoenix Rising FC hosts Las Vegas Lights FC on Wednesday night.

“We have full confidence in Rick and our coaching staff to lead our team forward and accomplish the same goals we set for the club at the beginning of the year, which is to win the USL Cup,” said Bakay.   “Rick has benefitted from studying under Patrice for the past year and is the right leader to guide our club forward for the remainder of the season.”