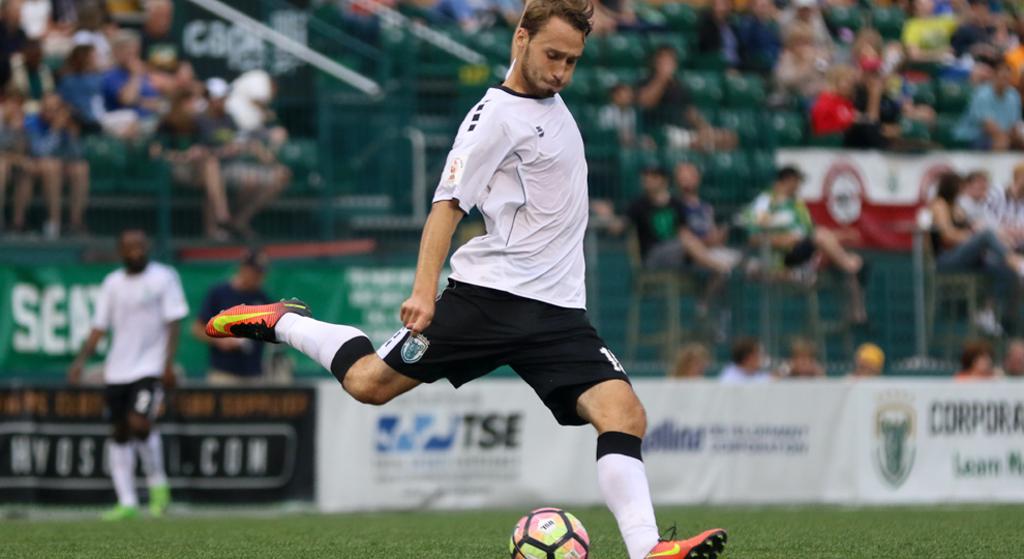 Farrell was a USL Rookie of the Year candidate in in 2016. (Rochester Rhinos)

Defender led former club in clearances and aerial duels in 2017

PHOENIX (December 18, 2017) — Phoenix Rising FC announced today it has signed defender Joe Farrell for the 2018 season. Farrell completed his second season with USL side Rochester Rhinos in 2017, leading the club in clearances and aerial duels as a centerback in 2017.

“To me, Phoenix Rising is without a doubt one of the most exciting clubs in the USL and as a free agent PRFC checked all the right boxes,” Farrell said. “First and foremost, a quality team and organization that are pushing hard for the USL Cup. Second, access to awesome training facilities as well as a beautiful home pitch. Last but certainly not least, great fan support in a great city! I can’t wait to get to Phoenix.”

Farrell signed his first professional contract with the Rochester Rhinos in 2016 and had a dominating rookie campaign. As a centerback, he finished third on the team in goals (5) and points (11) and was named the club’s Defensive Player of the Year. He was also one of three finalists for USL Rookie of the Year and finished the season on the USL All League Second Team. In 2017, Farrell scored two goals and added an assist and led his club in clearances and aerial duels.