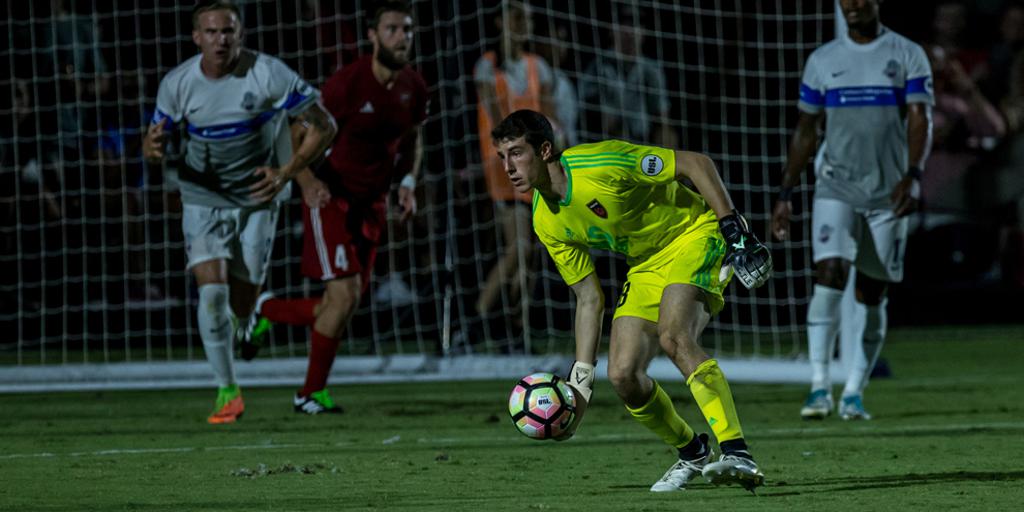 PHOENIX (July 28, 2017) – Phoenix Rising FC returns to its home ground for a high-profile meeting with San Antonio FC this Saturday, July 29. The match is set to kickoff at 8 p.m.

Rising FC (6-6-4) had been unbeaten in all six matches under head coach Patrice Carteron before suffering a 3-0 loss to Tulsa Roughnecks FC last week in Oklahoma. Prior to the defeat, Phoenix had been 2-0-4 in their previous six.

San Antonio FC (10-1-7) make their only trip to Arizona this weekend on a down note, having managed just three points in their past four contests. Last week, the club had a second-half lead at home over the Western Conference-leading Real Monarchs, only to see the league leaders equalize in the 86th minute.

Both Phoenix and San Antonio dropped in the standings after dropping points last week. Rising FC could have moved into the top eight with a win, but instead slipped to 11th after the loss, while San Antonio fell out of the top two for the first time since early April.

Midfielder Billy Forbes has spearheaded the San Antonio attack this year; his seven goals lead the team. Kris Tyrpak and Cesar Elizonda have also chipped in four goals apiece, but it has been a stalwart defensive unit that has helped San Antonio rise to the top of standings. The team has conceded just 10 goals all year, best in the league.

In this season’s earlier matchup between the clubs, San Antonio scored early, as Akwafei Ajeakwa found the goal in the 12th minute, and held off Rising FC’s attack to win 1-0.