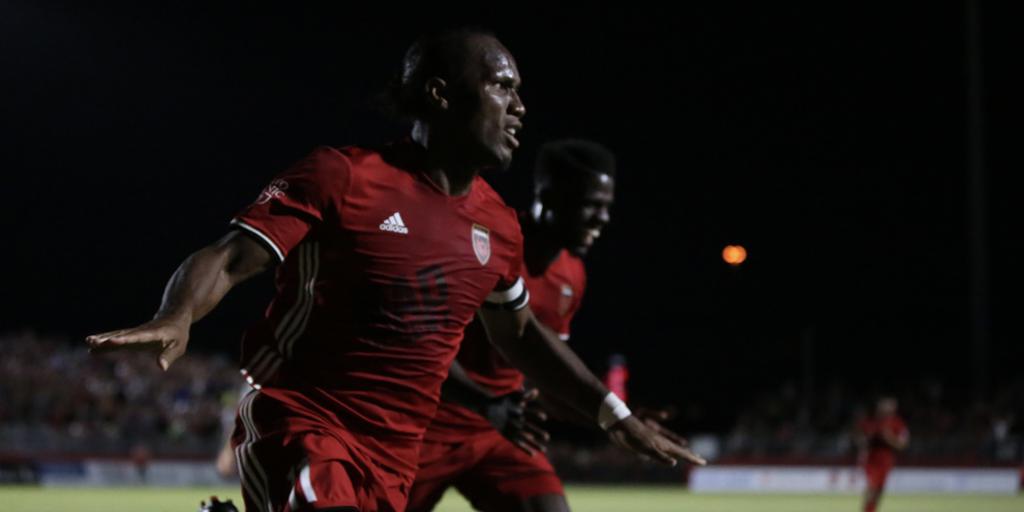 PHOENIX (June 10, 2017) — Didier Drogba scored the opening goal and then set up Shaun Wright-Philips on the game-winner in an exhilarating 2-1 win over Vancouver Whitecaps FC 2. Drogba made his club debut in front of a standing-room-only crowd of 7,062 fans.

Phoenix generated a flurry of chances early and often in the first half before Drogba finally broke through in the 40th minute. After hitting the post twice earlier in the game, Drogba headed an Amadou Dia cross past Whitecaps FC 2 goalie Sean Melvin and into the net to put Rising FC ahead just before halftime.

Whitecaps 2 equalized in the 69th minute after being awarded a penalty kick for a Kody Wakasa foul in the box. Marco Bustos stepped up and slotted his spot kick past Rising FC goalie Josh Cohen to knot the score at 1-1.

But ex-Chelsea teammates Drogba and Wright-Philips rekindled their partnership in the 77th minute. Drogba put Wright-Philips through on goal with a well-placed pass from the middle of the pitch and the Phoenix Rising midfielder fired a low shot to the keeper’s right and into the far right side of the net.

“It’s a great team effort (to) the point of never giving up and fighting till the final whistle” Wright-Phiilips said. “And a couple of times that has paid off for us and that’s just something we have to keep doing.”

The win was the first league victory for head coach Patrice Carteron, who also made his debut on Saturday.