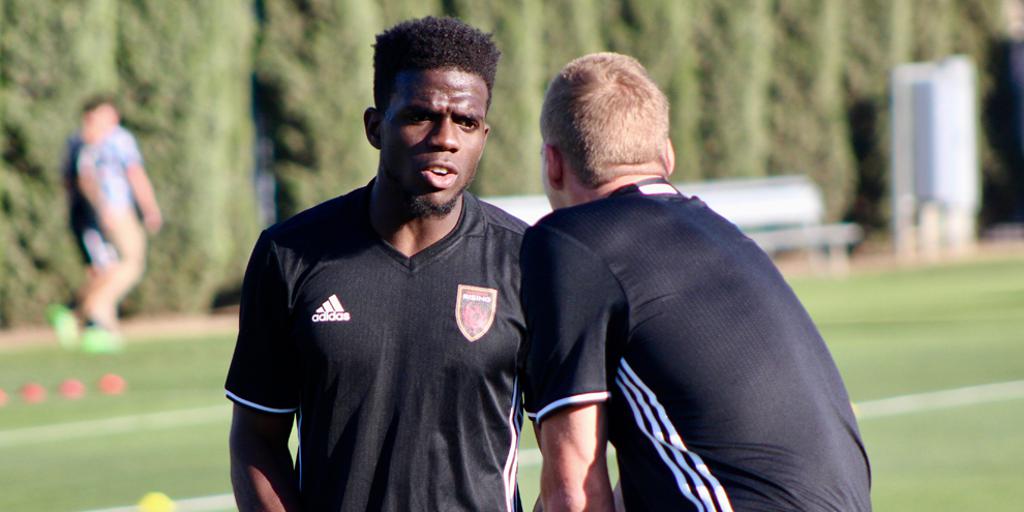 While Phoenix Rising FC hasn’t played a USL road game since April 8, a 2-0 loss to Real Monarchs SLC, the team recently won in Fresno, California against Premier Development League (PDL) side Fresno Fuego on Wednesday in the second round of the Lamar Hunt US Open Cup.

The win in Fresno gave the club their second win in five days, following their 2-1 league triumph over Oklahoma City Energy FC last Saturday. Jason Johnson and Shawn Wright-Phillips scored for Phoenix Rising FC in that win, with Wright-Phillips’ goal coming in stoppage time to give the team a dramatic late win.

Dampening the excitement of Saturday’s win, however, were injuries to midfielders Luke Rooney and Alessandro Riggi. Rooney, who scored twice against San Antonio FC last year, tore his right ACL and will miss the remainder of the season. Riggi also suffered a right knee injury, but will only by sidelined for the next three to five weeks.

Meanwhile, San Antonio FC is the last unbeaten team in USL, and are led in attack by forward Billy Forbes, who’s six goals are tied for most in the league. Fellow attacker César Elizondo is second on the team with four goals.

The two clubs have met just three times before, during San Antonio FC’s inaugural season last year. The sides split the three-match series, with Phoenix Rising FC winning its lone home match, 1-0. Rooney’s brace in the team’s first trip to San Antonio wasn’t enough in a 3-2 loss later that season, and the final match of the series in San Antonio ended in a 1-1 draw.