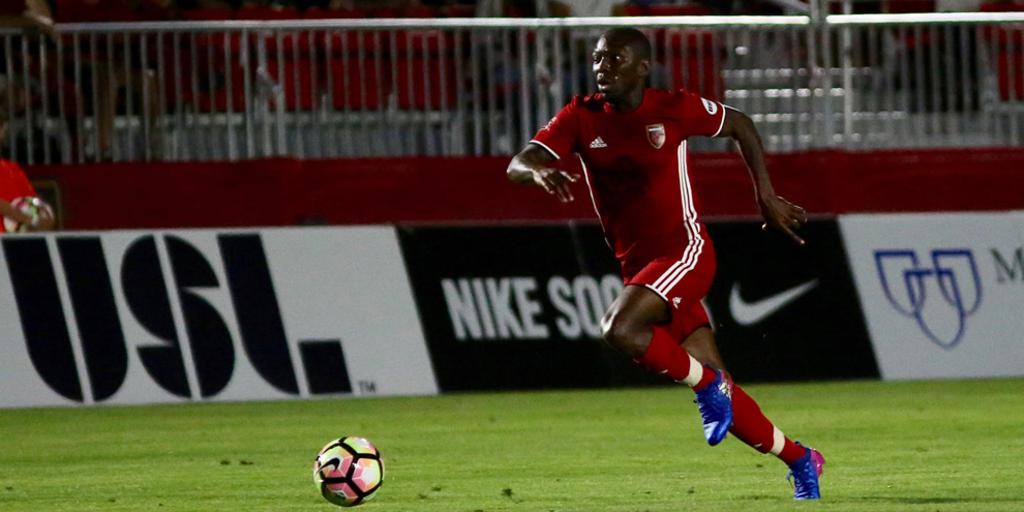 (March 25, 2017) Phoenix Rising FC opened its brand-new soccer-specific stadium in front of a record-breaking crowd of 6,890 during a 1-0 loss to Toronto FC II

“They moved the ball quite sharply,” said Phoenix Rising FC head coach Frank Yallop. “I said to the guys at halftime, we didn’t really pass the ball well at all in the first half. And I think that they did and that was the difference in the game to be honest.”

Toronto FC II got on the board early, notching a goal in the 7th minute off the boot of Ryan Tefler. Phoenix Rising responded with a strong finish to the first half.

But the club’s best chances of the night came in the second half, when they generated nine shots, and forced Toronto goalkeeer Mark Pais into a tough save. Despite the sustained pressure, Phoenix Rising couldn’t break through for an equalizer.

“We still got to come together as one, but we had a couple opportunities,” said forward Mike Seth. “We just needed to capitalize on some of those going forward from here on out.”

Added midfielder Matt Watson: “I think our team lacks a little bit of chemistry. We are still trying to get the right people in the right places. … That last cross, that last finish was lacking tonight, and I think that will come with time.”

The loss didn’t dampen what was an otherwise joyful evening as the club opened the Phoenix Rising Soccer Complex in front of a sold out crowd.

“It’s obviously an amazing accomplishment that has been achieved here,” Watson said. “I’m honored to be a part of the team, and hopefully something special going forward. It was obviously disappointing not to win, but it was good to be out here in front of the fans.”

Phoenix Rising FC will return to league play on Saturday, April 1, on the road against Real Monarchs SLC.