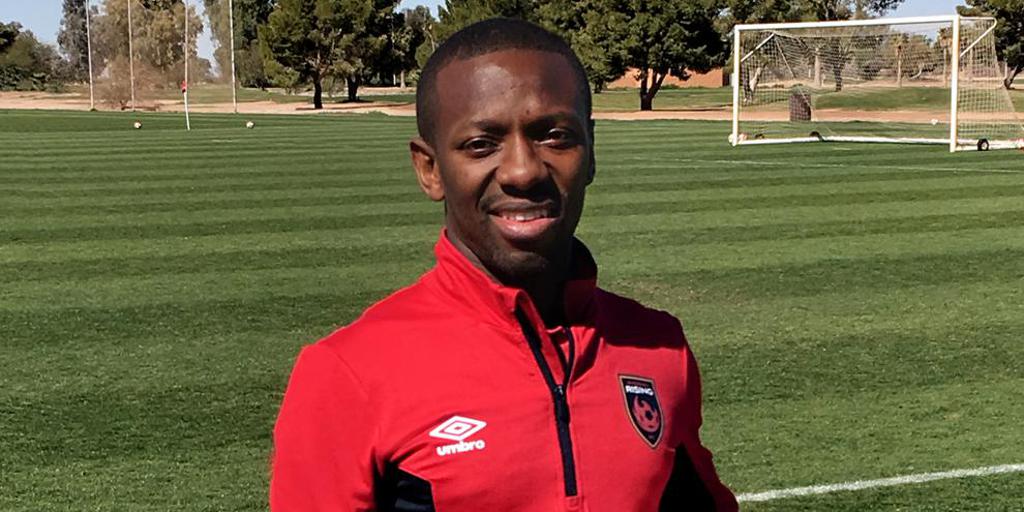 “We’re thrilled to have a player of Shaun’s quality and experience joining us,” said Phoenix Rising FC head coach Frank Yallop. “This is another step toward making us one of the most competitive clubs in USL.”

The midfielder spent time with Chelsea from 2005-09, appearing in 125 matches and scoring ten goals over four seasons with the club. As a member of the team, he also won the 2005 FA Community Shield, 2005-06 English Premier League Championship, and the 2006-07 FA Cup and League Cup.

Wright-Phillips earned 36 caps with the English National Team, scoring six international goals. He was also a member of the 2010 World Cup team that competed in South Africa.

Phoenix Rising Football Club opens its 2017 season on Saturday, March 25, at the new Phoenix Rising Soccer Complex in south Scottsdale just north of the 202 freeway on McClintock Road against Toronto FC II. Fans can purchase season tickets on the team’s website at www.PHXRisingFC.com or call the main office number for personalized service at 623.594.9606. Fans who become season ticket members will receive a free Phoenix Rising FC jersey in addition to various other benefits throughout the season.

Phoenix Rising FC is the highest-level professional soccer franchise in Arizona’s history. Established in 2013, the club enters its fourth year in the United Soccer League, which has been awarded Division 2 status by the U.S. Soccer Federation. Major League Soccer (MLS) recently announced Phoenix Rising FC as among 12 applicants being considered for a MLS Expansion Franchise.  Beginning in March of 2017, Phoenix Rising FC will be playing in its new, soccer-specific stadium located at the northwest corner of the 101 and 202 freeways in south Scottsdale.  For more information about the club, visit the team's website at PhxRisingFC.com. You can also follow the team on Facebook (PHXRisingFC), Twitter (@PHXRisingFC), Instagram (@PHXRisingFC), Snapchat (PHXRisingFC) and YouTube (PhoenixRisingFootballClub). For season tickets call (623) 594-9606 or visit PHXRisingFC.com.