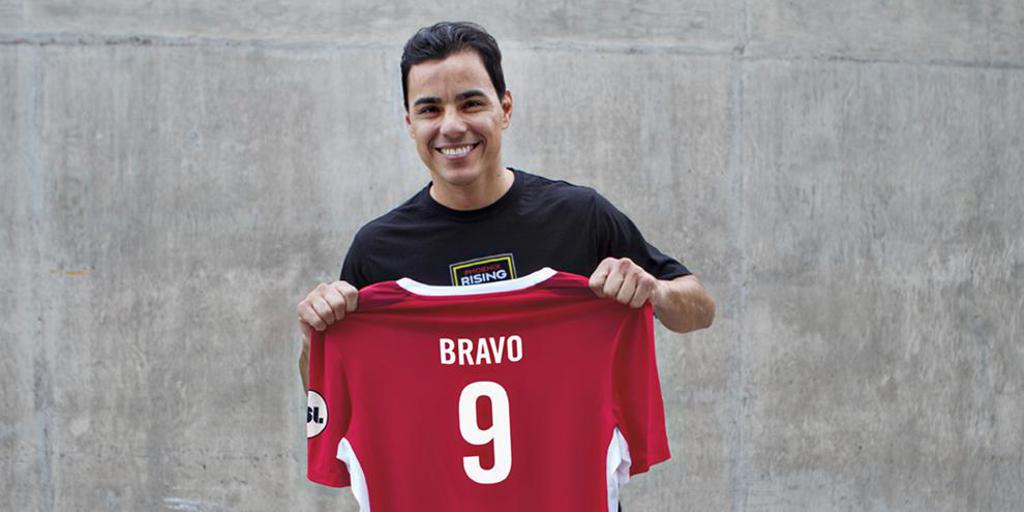 “Our ownership group promised to build a championship-caliber team,” said Phoenix Rising FC governor Berke Bakay. “A player as experienced as Omar Bravo, with his over 300 appearances for one of Mexico’s most storied clubs and the national team, will help solidify an already strong lineup assembled by our celebrated head coach Frank Yallop.  Please help us give Bravo a warm, Arizona welcome.”

"I am attracted to the energy and excitement surrounding this organization and committed to helping the team succeed,” Bravo said. “I also want to help inspire the thousands of youth soccer players in Arizona and ignite their passion for our beautiful game."

Bravo began his professional career with Chivas in February of 2001 after coming up through the club’s youth system. From 2001-2008, Bravo appeared in 258 matches and scored 101 goals for the Liga MX club. Then, he was transferred to Spanish La Liga side Deportivo La Coruna. After time with Deportivo and a loan with Liga MX side Tigres UANL, Bravo returned to Chivas, appearing in 32 additional matches and scoring five goals.

Bravo then made his way to the United States to play with Major League Soccer club Sporting Kansas City. In his lone season with the team, he scored nine goals and was named the 2011 Latin Player of the Year. He returned to Mexico in 2012 and spent some time with Cruz Azul and Atlas before returning to Chivas. He became the club’s all-time leading scorer on August 12, 2015, when he scored goal number 123 to put him ahead of the club’s previous leader, Salvador Reyes.

As an international star with the Mexican National Team, Bravo helped win the CONCACAF Gold Cup in 2003 and 2009 while also reaching the finals in 2007. He was also on the 2006 World Cup team for Mexico and scored two goals during the group stages.

Phoenix Rising FC is the highest level professional soccer franchise in Arizona’s history. Established in 2013, the club enters its fourth year in the United Soccer League, which has been awarded Division 2 status by the U.S. Soccer Federation. Major League Soccer (MLS) recently announced Phoenix Rising FC as among 12 applicants being considered for PHXRisingFC), Twitter (@PHXRisingFC), Instagram (@PHXRisingFC), Snapchat (PHXRisingFC) and YouTube (PhoenixRisingFootballClub). For season tickets call (623) 594-9606 or visit PHXRisingFC.com. a MLS Expansion Franchise.  Beginning in March of 2017, Phoenix Rising FC will be playing in its new, soccer-specific stadium located at the northwest corner of the 101 and 202 freeways in south Scottsdale.  For more information on the club, visit the team's website at PhxRisingFC.com. You can also follow the team on Facebook (