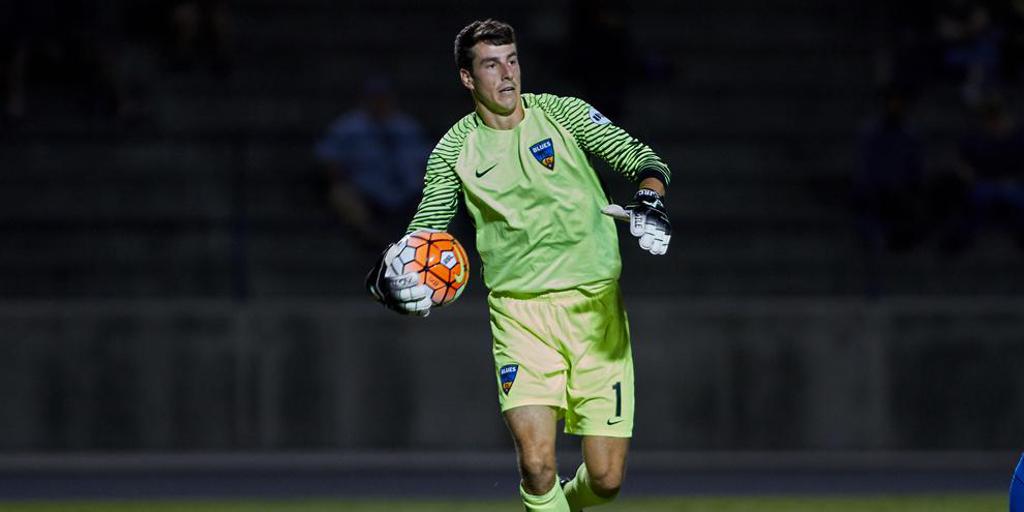 PHOENIX (December 21, 2016) — Phoenix Rising Football Club today announced it has signed former OC Blues FC goalkeeper Josh Cohen for the 2017 season. The contract is pending league and USSF approval and, per club policy, the terms of the contract will not be public.

"Josh is one of the reasons OC Blues FC made the playoffs and upset Sacramento in the first round," said Phoenix Rising Head Coach Frank Yallop. "He's a young, up and coming goalkeeper with solid experience, and we expect Josh to do well for us."

Cohen appeared in 13 regular season matches for OC Blues FC. He went 6-5-2 with four shutouts and a 1.23 GAA. He also started both of OC Blues FC’s playoff matches, helping OC Blues FC advance to the second round of the playoffs while notching a shutout and a 0.75 GAA. Cohen made the lone save of a penalty shootout to upset Western Conference champion Sacramento Republic FC.

While he was a goalkeeper at the University of California San Diego, Cohen was named a first team NSCAA All American his senior season (2013). Over his final two seasons he was named the California Collegiate Athletic Association Most Valuable Defensive Player.

The United Soccer League, the longest-standing professional affiliate member of U.S. Soccer, is the largest professional soccer league in the United States and Canada, and the world, with 29 teams in 19 U.S. states and three Canadian provinces during the recent 2016 season. The USL has more than doubled in size since 2014 and built a stable, highly competitive professional soccer league on a national footprint with strong ownership groups in major markets positioned for long-term success. The 2016 season marked the introduction of six teams - Bethlehem Steel FC, FC Cincinnati, Orlando City B, Rio Grande Valley FC, San Antonio FC and the Swope Park Rangers. The league has confirmed the additions of Reno 1868 FC, the Tampa Bay Rowdies, and Ottawa Fury FC in 2017 and Nashville SC in 2018. The USL's teams are divided into two conferences - Eastern and Western - with each team playing 32 regular season games starting in 2017. In addition to league play, USL teams compete in the Lamar Hunt U.S. Open Cup as well as various domestic and international exhibitions. The USL is the strongest U.S. men's professional soccer league below Major League Soccer. Follow the USL at USLSoccer.com, on YouTube (www.YouTube.com/USL), and on social media via Twitter, Facebook, and Instagram.