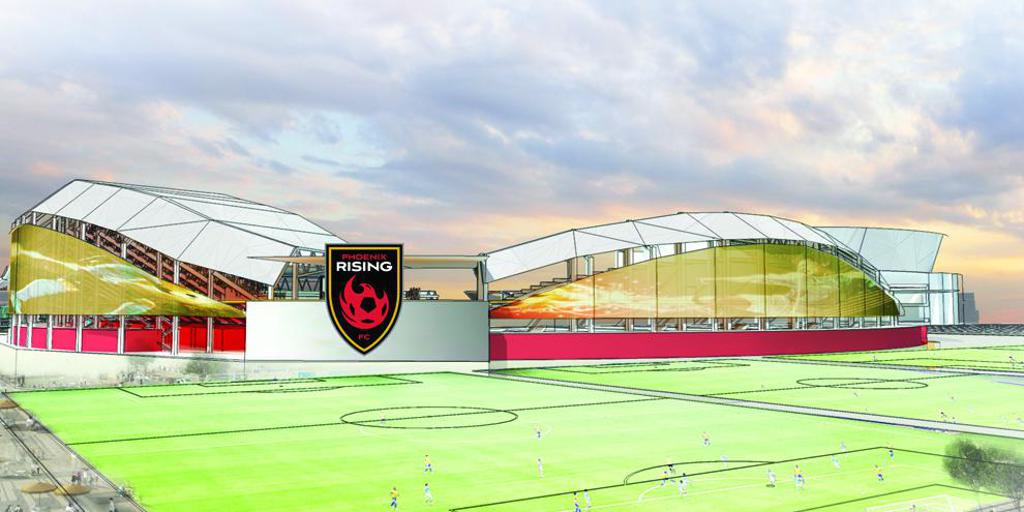 PHOENIX (November 28, 2016) — Phoenix Rising Football Club today announced plans, in collaboration with the Salt River Pima-Maricopa Indian Community (SRPMIC) and the Solanna Group, to develop a 15.8-acre soccer-specific training and stadium facility at McClintock and the 202 Freeway bordering the cities of Tempe and Scottsdale. The club plans to kick off the 2017 soccer season at the new Phoenix Rising FC soccer complex.

“We are thrilled to announce this new era for professional soccer in Arizona,” said Phoenix Rising FC Governor Berke Bakay. “These planned investments should serve as proof that we are serious about creating a successful soccer franchise in our state. We seek to prove that the Valley of the Sun can deliver a successful United Soccer League team and eventually compete at the highest levels of soccer."

David Fordon, Chief Executive Officer and General Manager of the Solanna Group LLC said, “We’re quite impressed by Phoenix Rising FC’s grasp of the goal we are trying to achieve at Akimel 7 for a quality sports and entertainment environment.  We also appreciate the Club’s commitment to bring a state-of-the-art, FIFA stadium designed for Arizona’s climate to Salt River as a significant contribution to the economic growth of the Community.  We’re happy for the Valley and thrilled by the zeal and excitement that professional soccer will bring to all the passionate fans for the sport that are eager for top fight competition and international exhibitions.  We very much welcome the addition of Phoenix Rising FC to our Community”