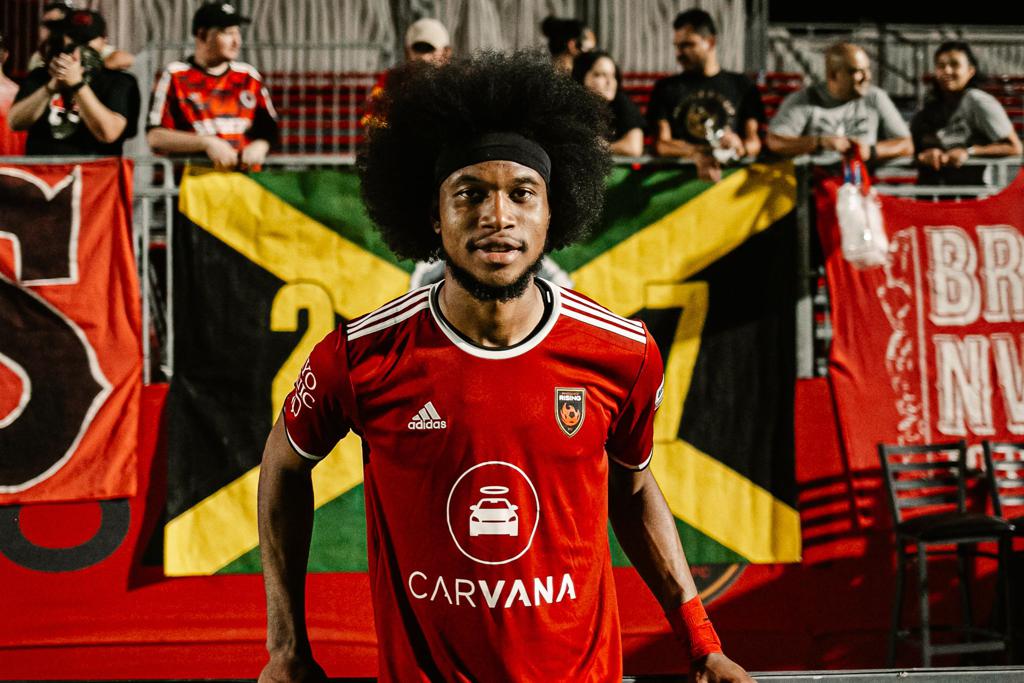 "I’m super excited to re-sign with Phoenix Rising," said Lambert. "We have set goals and we want to continue to work towards bringing the USL Championship to the city of Phoenix. I can’t wait to be back home with the best fans in the league for 2022."

Rising’s all-time leader in appearances with 123 across all competitions, Lambert has scored 11 goals and eight assists as a defensive midfielder since 2017. Just 25 years old, the Jamaican has led Phoenix in several defensive categories each season, helping the club claim the 2018 and 2020 Western Conference Championship as well as the 2019 Regular Season Title.

One of the premier defensive midfielders in the league, Lambert ranked second in duels won during this past season with 238. He was one of only eight players to surpass 200 duels won in the league overall. Lambert led Phoenix in tackles won (59) and duels won (118) in 2018 as a 21-year-old and has improved those numbers each season. He has led the team in interceptions since 2019, recording a total of 185 since signing with Phoenix Rising on August 10, 2017.

“I feel strongly that Kevon Lambert is the best defensive midfielder in the USL,” said Rising head coach Rick Schantz. “His athleticism and range make him such a force in the middle. Kevon’s ability to dominate games helps us play the way we do. He is one of the most influential players we have ever had at Phoenix. I can’t be more excited to extend his stay here and continue to help him develop into one the best midfielders in North America.”

Prior to joining Rising, Lambert appeared in 12 matches with Jamaican side Montego Bay United in 2016-17. He was on trial at West Ham United ahead of the 2016-17 English Premier League season. Lambert has been capped 13 times by the Jamaican National Team.

Rising fans can get ahead of 2022 by placing a $50 deposit on a Phoenix Rising Season-Ticket Membership today. The $50 deposits mark your space in line to pick seats for the 2022 Season while a $250 deposit will hold your spot in line for premium inventory such as suites, field seats or field tables. Click here to buy.