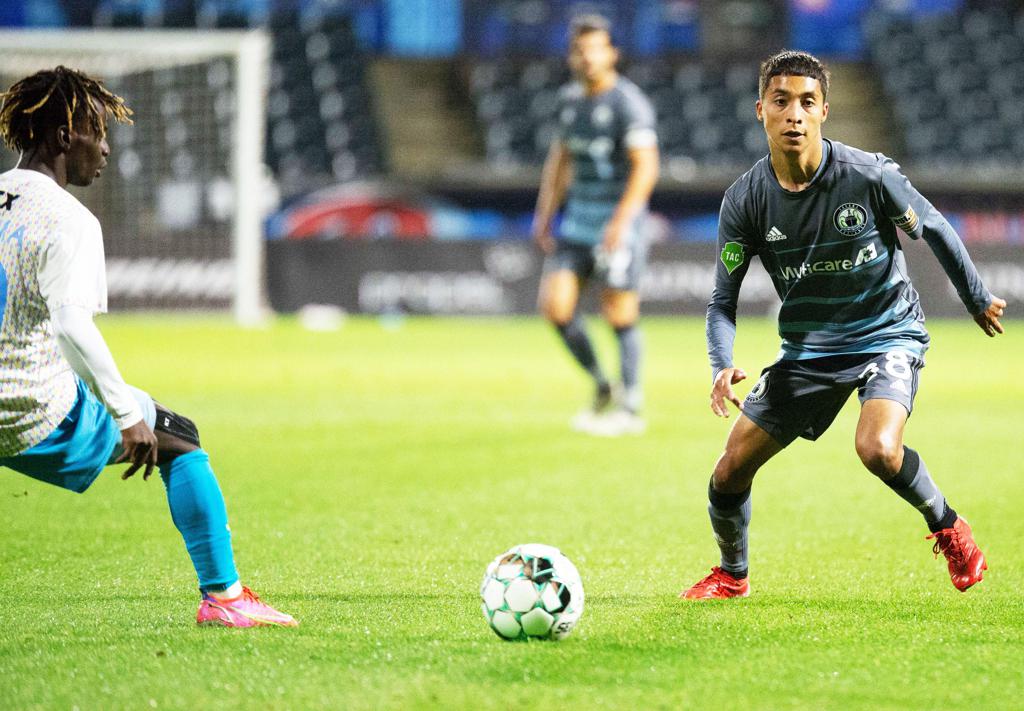 “My agent reached out to me to let me know Phoenix was interested and, for me, it was a very quick yes,” said Anguiano. “I could not let this opportunity go. Rising is very positive in the way they play. They love attacking actions and they like to press as soon as they lose the ball – dictating the play as much as possible. I love that style of play and feel like I will fit well within the system.”

Carlos made his professional debut with Portland Timbers 2 when he was just 17 years old, on July 23, 2017. He made 13 appearances for T2 across all competitions in 2017 and 2018 before having a breakout season in 2019, when Anguiano recorded two goals and five assists in 22 appearances.

“Carlos is an extremely versatile midfielder,” said Rising head coach Rick Schantz. “He’s another player who can break down, pressure and keep possession in tight spaces. At just 22 years old, Carlos already has 77 appearances in USLC. He understands what it takes and has shown to be an impact player at this level. With the addition of Carlos, we have a very good balance of youth, experience and talent heading into the 2022 season.”

A staple of his playing style, Anguiano recorded a passing percentage of 89% in 2019. He remained among the league leaders in passing accuracy (88%) in 2020, when he appeared in 15 matches in his final season with T2. Anguiano maintained an 88% passing percentage again in 2021 after transferring to the Tacoma Defiance. He also broke the 2,000-minute mark, scored three goals and added two assists.

Fans can place a deposit now to join Phoenix Rising FC for the 2022 Season. A $50 Season or Group Deposit OR a $250 Premium deposit will allow you to select your seats today!