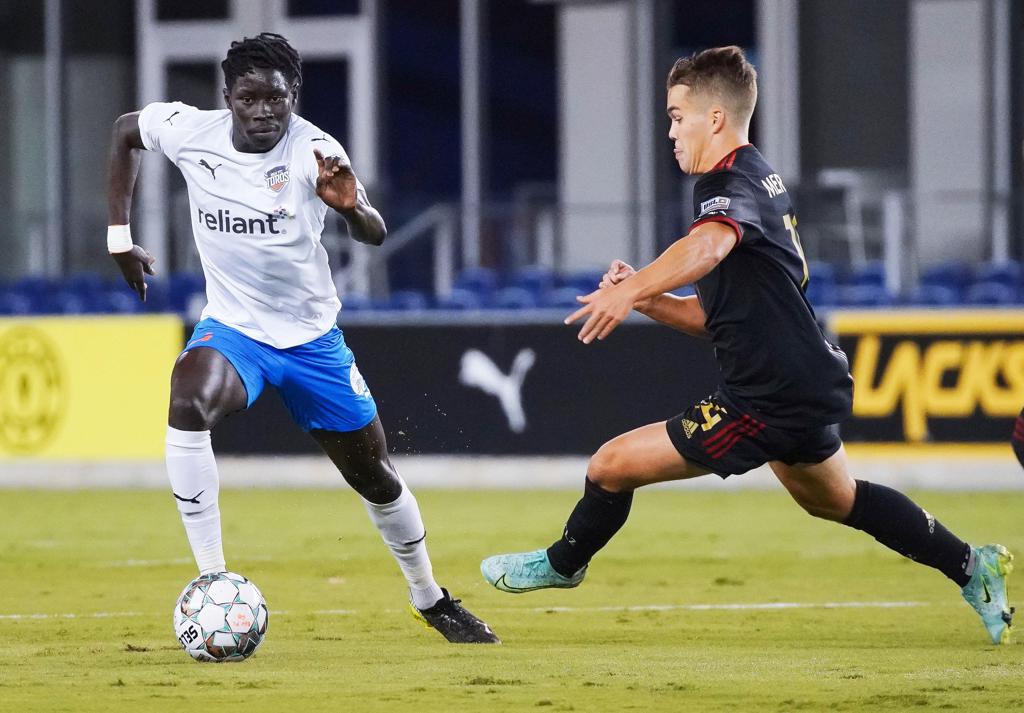 “I cannot wait to get to Phoenix and start working,” said Njie. “I’m excited to feel what everyone else feels like when they’re playing for Phoenix… I could see it in everyone’s eyes. Those players were all winners. They’ve all won something and that’s what I want. Next season, I see nothing but gold. I want to feel the enjoyment of winning a championship.”

Despite playing only 1,391 minutes last season for Rio Grande Valley, Njie led the team in duels won (151) and ranked second in tackles won (36). Capable of playing several positions, he finished the 2021 season as a left back, scoring two goals and one assist.

“Babou is a tremendous addition to our team,” said Rising head coach Rick Schantz. “He’s very athletic and extremely skillful. He a strong player and an amazing and humble person. The goal he scored against us in the playoffs is the type of assertive attacking play I expect we’ll see often from Babou in 2022.”

Prior to joining RGV, Njie played in the USL Championship with Atlanta United 2 in 2020, making 11 appearances. He spent three seasons at North Carolina Wesleyan College from 2016 to 2019, scoring 34 goals and 19 assists in 57 appearances in the No. 10 role. In his final collegiate season, he was named USA South Player of the Year and a DIII First Team All-American.