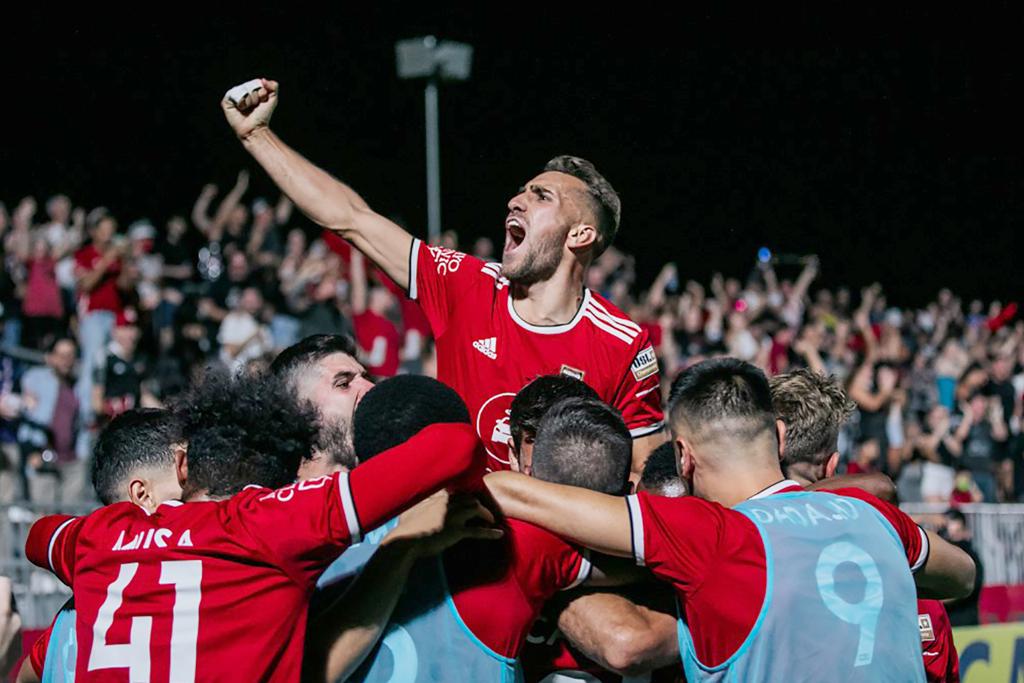 The USL Championship announced today the finalists for the 2021 USL Championship Awards, with Santi Moar being named to the final three candidates  for the league MVP award. The award winners will be announced between Tuesday, Nov. 30 and Thursday, Dec. 2.

The 2021 USL Championship Awards were voted on by team management and a league-wide media panel that included representation from every USL market.

Hadji Barry, Colorado Springs Switchbacks FC: The Guinean forward tied the Championship’s single-season record with 25 goals in the regular season and also notched five assists and 49 chances created to provide the focal point for one of the most entertaining attacks in the league. Barry averaged a goal every 111.3 minutes for the Switchbacks while posting a 30.5 percent shot conversion rate as he appeared in every game of the regular season.

Sebastian Guenzatti, Tampa Bay Rowdies: The Rowdies’ captain had a career-best regular season with 21 goals and notched six assists to lead his side in both categories. Guenzatti led the league with 102 shots overall and 60 shots on target, and his willingness to act as the first line of defense also saw him record 24 interceptions defensively. As a result, Guenzatti recorded a league-high +10.86 Goals Added mark in the regular season as the Rowdies finished with the best record in the league.

Jeff Caldwell, Hartford Athletic: A new arrival for Hartford in 2021, Caldwell ranked second in the Championship with 108 saves in the regular season and tied for third with nine shutouts. The 25-year-old’s most notable feat, however, was setting a league record with five penalty kick saves in a single season out of nine faced.

Evan Louro, Tampa Bay Rowdies: In his second season in Tampa Bay, Louro recorded 14 shutouts in the regular season – second-most in league history in a campaign – and claimed the Championship Golden Glove with a 0.74 goals-against average. Louro was also in goal for the duration of the Rowdies’ league record 891-minute shutout streak during the middle of the campaign in which he tied an individual league record with eight consecutive shutouts.

Matt VanOekel, Birmingham Legion FC: The veteran shot-stopper tied for third in the Championship with nine shutouts and ranked eighth with 80 saves to help lead Legion FC to the second-best defensive record in the league. VanOekel also posted a league-best -8.36 differential in goals conceded over Expected Goals and recorded a 0.96 goals-against average.

Paco Craig, Miami FC: Returning to the Championship in Miami, Craig appeared in every regular season game for the side and served as the cornerstone for its back line. The 29-year-old ranked fourth in the league with 134 clearances while recording a 63.9 percent duel success rate and an 82.3 percent passing accuracy rate on 1,487 completed passes, third most in the league in the regular season. Craig’s all-around play saw him rank first among defenders with a +7.50 Goals Added mark in the regular season.

Jonathan Gomez, Louisville City FC: Set to join La Liga’s Real Sociedad this offseason via transfer, Gomez was among the best two-way players in the league throughout the year as he recorded two goals, eight assists and 42 key passes in attack while recording a 75.9 percent tackle success rate and 54.1 percent duel success rate. The 18-year-old also recorded 39 interceptions and 117 recoveries as his talent was noted by the senior national teams of both Mexico and the United States over the summer.

Forrest Lasso, Tampa Bay Rowdies: The lone two-time Defender of the Year winner in the Championship’s history, Lasso had another standout season in the middle of the Rowdies’ defense. Lasso led the league with 153 clearances, won 180 duels at a success rate of 67.7 percent, and won a league-high 132 aerial duels at a 73.3 percent success rate. He also recorded one goal, one assist and 10 chances created as a major asset in attack on set pieces.

Brendan Burke, Colorado Springs Switchbacks FC: Appointed last offseason as the third Head Coach in Switchbacks history, Burke led the side into its new era at downtown venue Weidner Field with a side that provided high-quality entertainment on the field and earned the club’s first postseason berth since 2016. Colorado Springs ranked third in the Championship with 60 goals and tied a club record with 49 points as it almost doubled its point total from the 2019 season.

Mark Lowry, El Paso Locomotive FC: After leading Locomotive FC to consecutive Western Conference Finals in its first two campaigns, Lowry produced the best regular season in the club’s short history in 2021 as El Paso lost a league-fewest four games in the regular season while finishing second in the league with 13 shutouts. El Paso won the Mountain Division and finished with the third-best record in the league overall while going undefeated at home, equaling the league record with 13 home victories in the regular season.

Jose Gallegos, San Antonio FC: Nominated as a Finalist for a second consecutive season, Gallegos continued to shine for San Antonio as it reached the postseason for a second consecutive season. The 20-year-old SAFC Pro Academy graduate recorded seven goals, three assists and 38 chances created while leading the league with 99 completed dribbles. Gallegos also won 233 duels defensively to rank seventh in the league overall with a +9.14 Goals Added mark.

Diego Luna, El Paso Locomotive FC: Making his professional debut this season, the 18-year-old became a key piece in one of the top teams in the Championship this season with nine goals, five assists and a team-high 37 key passes in the regular season. Recently called up to the United States U-20 National Team, Luna appeared in 31 games and ranked sixth on the team with 1,928 minutes of action.