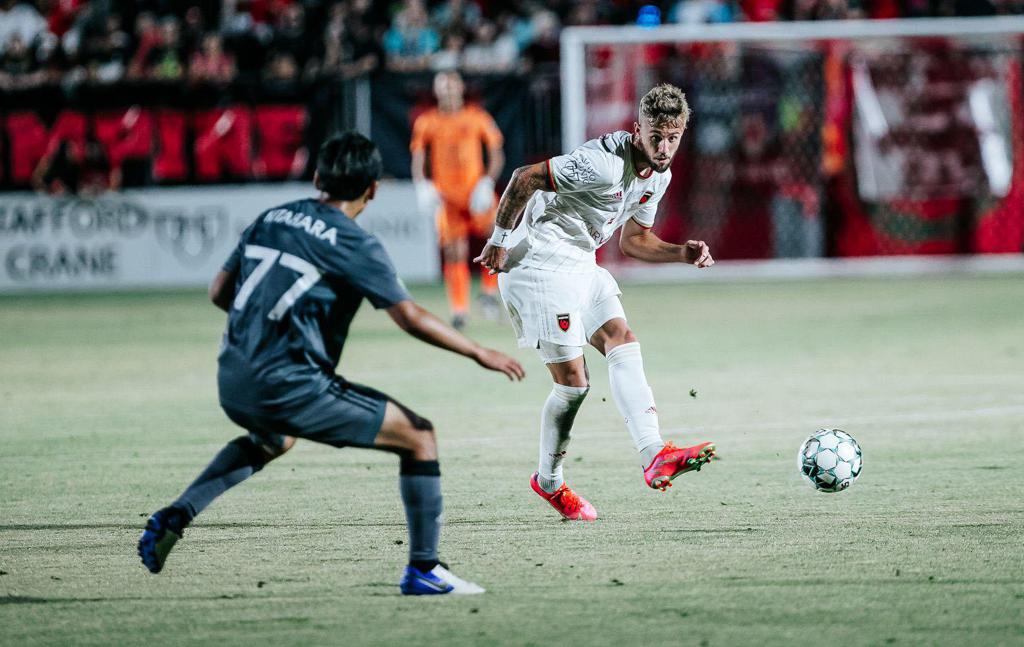 Phoenix Rising FC (20-5-6) set a new franchise record for attendance (9,236) and remained unbeaten at home (11-0-4) by drawing Sacramento, 1-1, last weekend at Wild Horse Pass. Kevon Lambert scored the lone goal for Rising in the 84th minute of the match, but it was officially ruled an own goal by Sacramento defender Nabi Kibunguchy.

Phoenix closes out its regular season at Wild Horse Pass on Saturday, October 30, vs. Tacoma Defiance. These two clubs are meeting for the fourth time this season, with Rising winning all three prior matchups. Phoenix has won 11 consecutive regular-season games against Tacoma, the longest active streak against any opponent.

Rising enters the match with the number one seed in both the USL Championship and Western Conference still up for grabs. A win paired with a Tampa Bay loss would give Phoenix the best record in the league and home field advantage through the entirety of the playoffs. Rising has control of its own destiny in the Western Conference, with a win or draw clinching the top seed no matter El Paso's result vs. RGV. The home team has won each match in the Texas series so far. RGV claimed a 3-2 win last time the teams met in Edinburg, Texas.

Rising head coach Rick Schantz is approaching the regular-season finale with urgency in preparation of the win-or-go-home postseason.

“It would be nice to make sure we get at least the Western Conference," said Schantz, "More so for the fact we can say we won the Western Conference than what it yields. I told them, it's great. This is a must-win game for us but even if we win it, we only have one guaranteed game left. This season could be over in two weeks. Our last training could be next Friday. That brings a little bit of finality to everything you do at this point of the year."

On the other side, Tacoma (sixth in the Pacific Division) is still fighting for its playoff lives. Tacoma does need help from LA, which sits fourth in the division and Oakland (fifth), but there is still a scenario for the Defiance to advance to the postseason with a win or draw against Phoenix