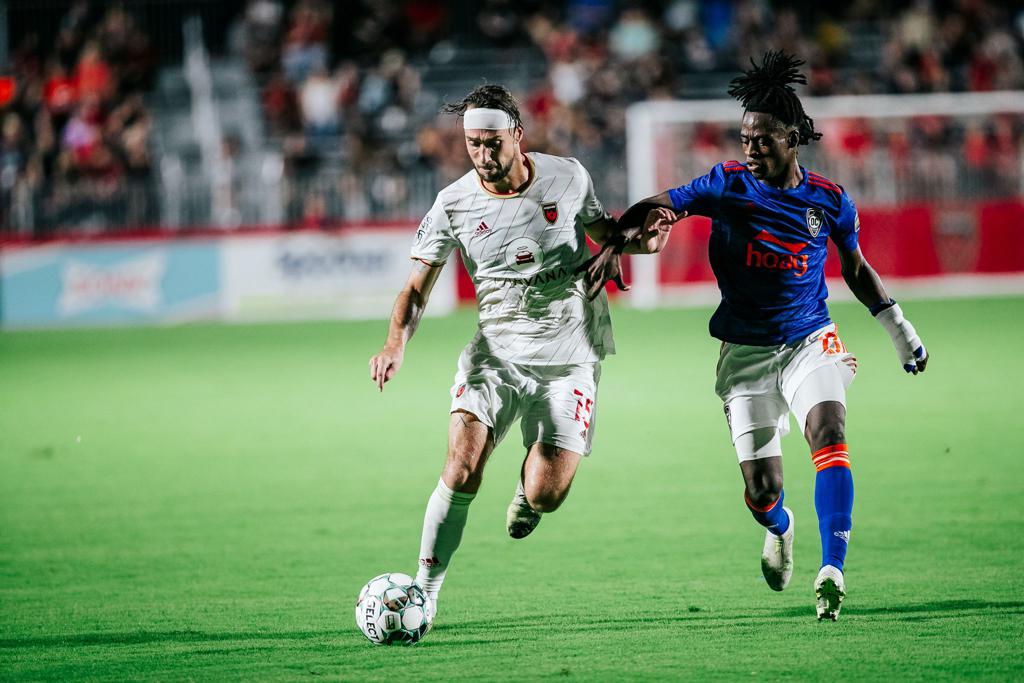 Phoenix Rising FC (20-5-5) earned three points in a 6-3 win at Las Vegas last Saturday, and now are tied with Tampa Bay (21-7-2) on 65 points for the best regular-season record in the USL Championship this season.

Rising's six goals scored vs. Vegas tied a franchise record for most in a game. David Egbo, Joey Calistri, Santi Moar, Darnell King and Luis Seijas all scored for Phoenix, while Aodhan Quinn picked up three assists. Rising’s youngest player, Niall Dunn, made his professional debut at age 16, playing the full 90 minutes at center back.

Phoenix now turns it's attention home to Wild Horse Pass, where it could remain throughout playoffs, if things fall its way, beginning this weekend with Sacramento Republic. While Rising won the first two matchups in Sacramento, the clubs drew 0-0 in the most-recent meeting on August 21 in Phoenix. All three games have been close affairs, decided by one goal or less.

With a win on Saturday, Phoenix would clinch the top seed in the Western Conference, guaranteeing home-field advantage through the Western Conference Finals. In order to secure the best record in the league and home field advantage in the league Finals, Rising will need to pick up at least one more point than Tampa in its last two games. Tampa holds the tiebreaker of goal-differential in head-to-head matches due to its 2-1 win in Tampa Bay on May 15. Home field advantage would be huge for a Phoenix team that is unbeaten at Wild Horse Pass (11-0-3).

But to get where it wants to be, Rising is focused on accomplishing the tasks in front of the team, one at a time.

"It's Sacramento, this is just one week," said Rising head coach Rick Schantz. "We have to treat this game as if it's the first round of the playoffs. It's a must-win game for us. If we do that, then we get the right frame of mind for two weeks. Then, we'll be prepared for playoffs."