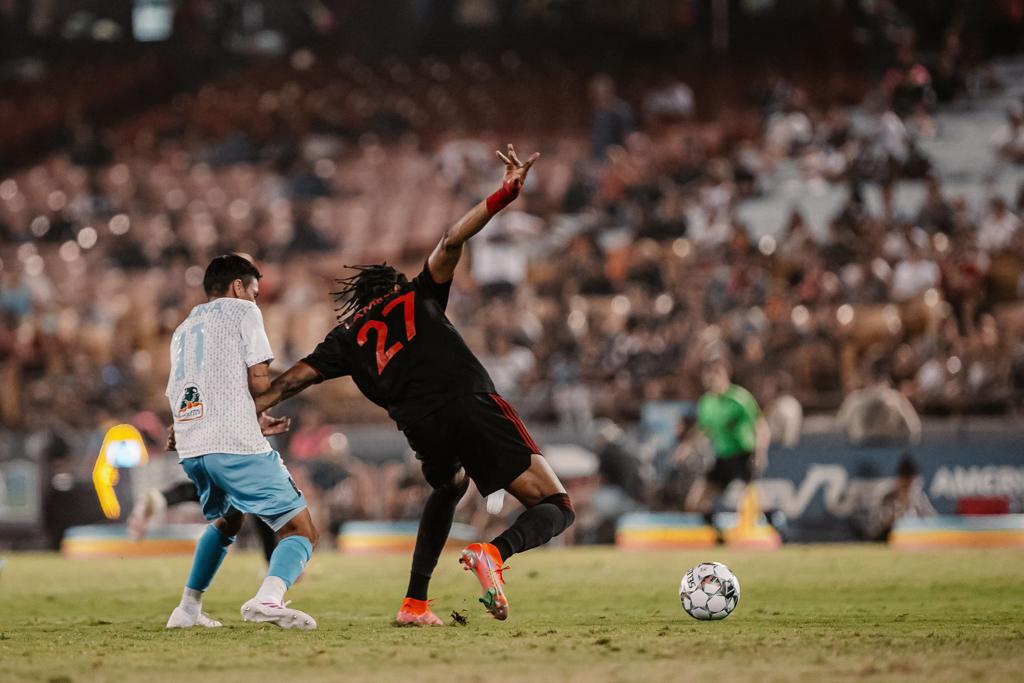 The defending Western Conference Champions now head to Las Vegas on Saturday, October 16 (2 PM), for what could be the final road match of the season. Vying for the best overall record in the league with Tampa Bay (20-7-1, 61 PTS) and El Paso (16-2-10, 58 PTS), Phoenix would host each round of the 2021 playoffs at Wild Horse Pass if it can finish the regular season atop the league table.

Vegas and Phoenix are meeting for the fourth time this season. While Rising had decisive wins at home vs. Lights FC, the two teams split the spoils, 2-2, last time out at Cashman Field on August 7.

Rising Head Coach Rick Schantz says his team is prepared for the tough atmosphere in Las Vegas, and despite defeating the Lights 4-1 in its most-recent matchup, Phoenix not be overlooking this youthful squad.

"It's good we understand what the atmosphere there is like," said Schantz. "A lot of our guys hadn't played there before. They didn't realize what a circus it was. You've got a difficult field. It's a bit smaller. You have a very good, energetic, young team that can cover more space in smaller spaces. It can be challenging. For us, coming off a loss, it's important we take it very seriously."

After dropping points to Orange County on Wednesday, Phoenix will be eager to get three points as it attempts to hold off Tampa Bay and finish with the best regular-season record in the league.

Undefeated at Wild Horse Pass (11-0-3) this season, Rising would be the odds-on favorite to claim the 2021 USL Championship trophy this postseason, if all its matches are played at home. It may still be the favorite even if the league final is played in Tampa... where Rising has some unfinished business.