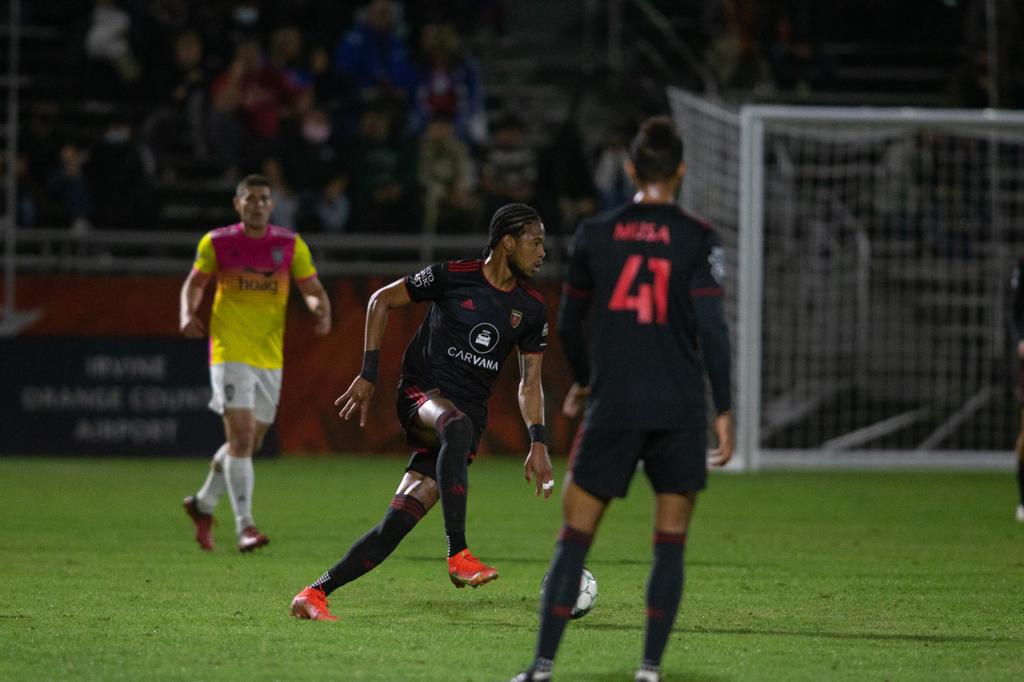 The defending Western Conference Champions are back in action this Saturday, October 16, at Las Vegas at 2 p.m.

Starting at center back in place of Joe Farrell tonight, Manuel Madrid came up huge defensively in just the third minute of the match. Orange County’s Eric Calvillo had a free look at goal without Andre Rawls in it after Rising’s goalkeeper charged off his line to stop an initial shot to his left side. The rebound fell to Calvillo in the center of the area. He attempted to pick out the top corner of the goal, but Madrid read the attacker and made a diving save with his head, knocking the ball clear of the post to push Rising’s shutout streak to 183 minutes.

That streak ended at 198 minutes when Orange County took a 1-0 lead after a ball was slipped into the area from the left flank to Sean Okoli. The striker turned and got off a half-shot that tricked towards the back post. Ben Mines was first to react for OC.  He grabbed the loose ball, cut around Rawls and deposited the ball in the back of the net to give the home side a lead in the 18th minute.

Rawls made a key save on Okoli from close range to keep it a 1-0 game in the 58th minute. The goalkeeper stood his ground at the near post and got his hands up in time to send a high-powered shot out for a corner kick.

Santi Moar came off the bench to create some offense for the visitors in the second half. Phoenix’s leader in goals cracked a hard shot on net from distance in the 85th minute but Orange County goalkeeper Patrick Rakovsky was able to punch the chance away before his defense ushered the rebound away from danger.

Darnell King nodded a pass to Aodhan Quinn, a few steps in front of goal in stoppage time. Quinn redirected the shot on goal but Rakovsky made a stellar save to push the shot wide of the goal and give the home side the full three points.