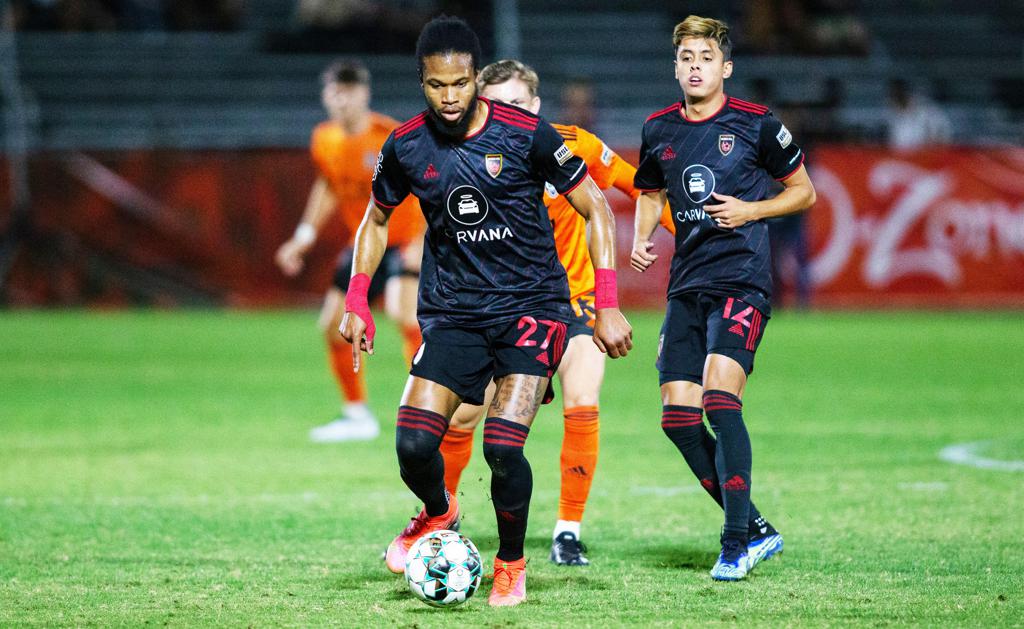 Darren Mattocks scored the lone goal of the match for Rising, who picked up a regular-season victory in Orange County for the first time since August 7, 2016. The Pacific Division Champions are back in action at Wild Horse Pass next Saturday, October 9, at 7:30 p.m. vs. Oakland Roots.

Tonight, Arturo Rodriguez put Solomon Asante in-alone against Orange County SC goalkeeper Patrick Rakovsky in the 24th minute. The two-time defending league MVP attempted to dribble around the goalkeeper, but Rakovsky got a hand to the ball to deny the best early chance of the match.

James Musa released Mattocks in on goal in the 32nd minute when a long ball played over the top of Orange County’s back line was won by the forward. Mattocks used his second touch to calmly chip a shot over the head of Rakovsky to give Rising a 1-0 lead.

Rising’s back line played well during the first half, holding Orange County without a shot on goal.

Andre Rawls made his first save of the match in the 48th minute, stopping a point-blank shot by Orange County’s Brian Iloski.

His second came seconds later when a throw-in from the left flank was chipped to the back post. Rawls made an outstanding save, diving to his left side to push the ball wide of the post. The goalkeeper immediately made his third save of the match, standing on his head to deny the rebound opportunity at the back post.

Rawls finished the match with fives saves to produce Phoenix’s ninth clean sheet of the season and its first since August 21.