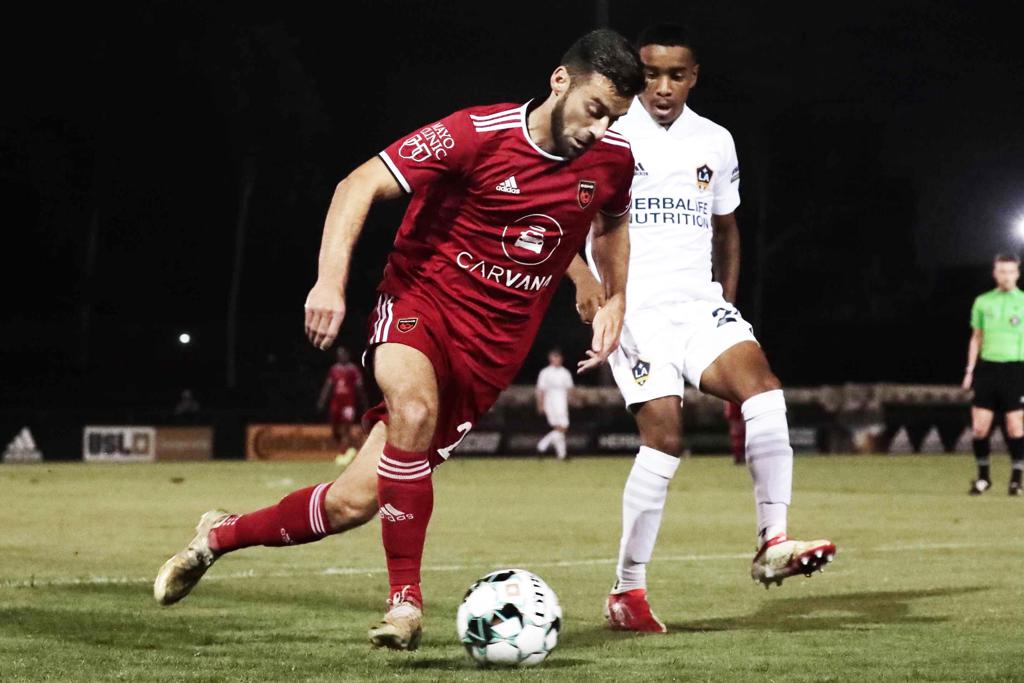 Phoenix outshot LA, 13-7, led in possession, 62-38, and produced 10 corner kicks to Galaxy II’s one through the first half of play before going a man down just before halftime. Tate Schmitt was shown a straight red card two minutes into stoppage time of the first half after referee Benjamin Meyer judged the defender to have brought down LA Galaxy II forward Rémi Cabral to deny a goal-scoring opportunity.

Rising head coach Rick Schantz shifted Luis Seijas to Schmitt’s spot at left back to address the one-man absence at the beginning of the second half.

Rising’s Lalo Delgado, making his first start of the season, made an outstanding save to deny Jonathan Perez in the 57th minute. Perez cut to the inside near the top of the box and unleased a left-footed shot that eluded a defender but caught Rising’s goalkeeper in the chest. Delgado did well to fight off the chance, not allowing a rebound.

Unfortunately for Delgado, the young goalkeeper mishandled a deflected shot in the 77th minute to give LA Galaxy II a 1-0 lead.

LA Galaxy II added a second goal in the 88th minute when Jonathan Perez got near the end line and cut a cross back across the area to Preston Judd at the opposite side of the box. Judd struck the ball with his first touch, giving Delgado no chance to react and putting the home side up 2-0.

Los Dos made it 3-0 in the first minute of stoppage time when Jorge Hernández received a pass in the box, cut back and picked out the far side netting to give LA a three-goal victory and its first win over Phoenix since Aug. 31, 2016.