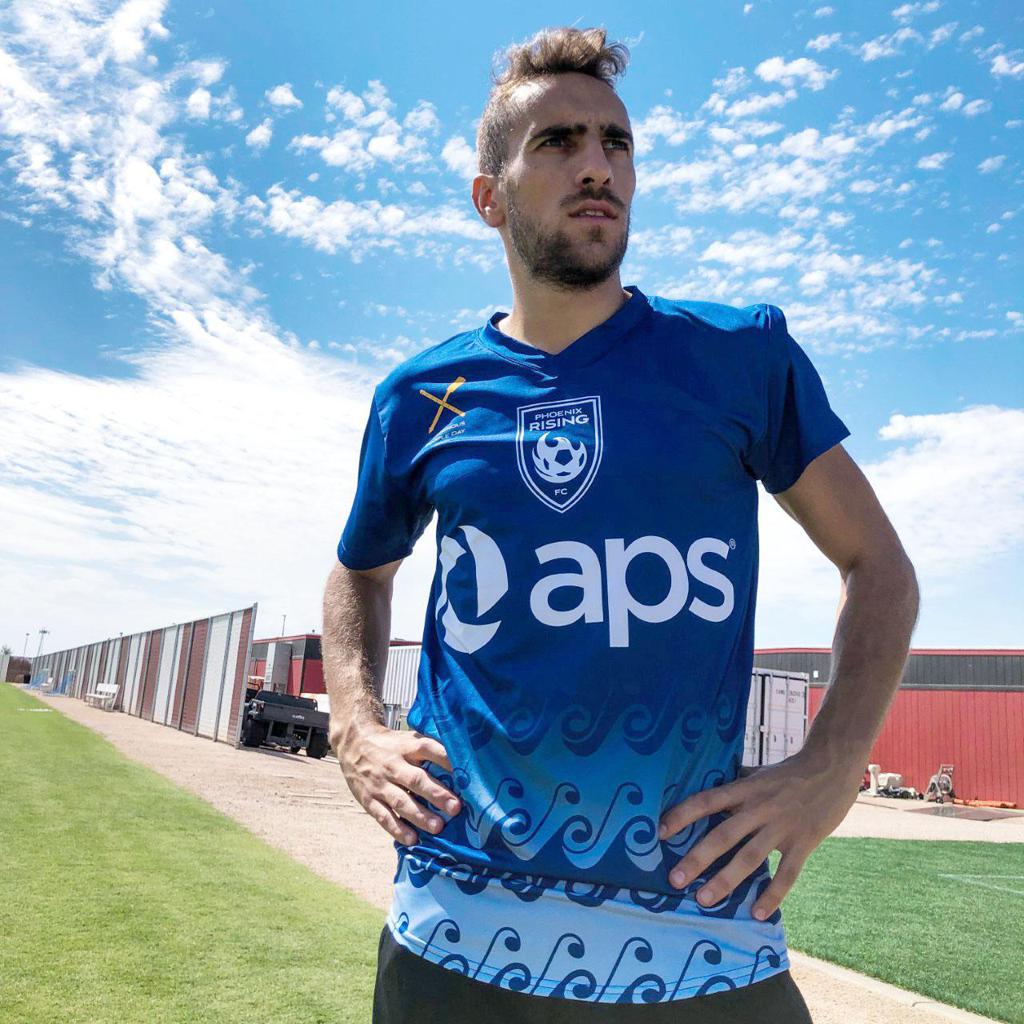 “The symbols and designs on the jersey represent the peoples of the Gila River Indian Community,” said Jackson. “The land that Phoenix Rising Stadium is on has belonged to the O’otham people since time immemorial. We feel the jersey design is a great representation to the Native American Tribes of Arizona. It pays homage and respect to the land. It is also specific to the O’otham and Pee Posh.”

“On the base of the jersey, I placed modernized water designs,” added Jackson. “These are significant to the Akimel O’otham and Pee-Posh of the valley. The number seven graces the back of the jersey, representing the seven districts within the Gila River Indian Community. Each district has a traditional name, which are based on unique characteristics of the land. Those names are listed inside the number.”

The calendar stick in the logo on the right chest was a tool used to record historical events, not only in these communities, but around the world to measure time.

Crossing the calendar stick in the logo is the warrior spear, a symbol representing protection for the people.

“The spear represents the drive and fight of Rising as it meets opponents on the field,” said Jackson.

Both symbols were present at Rising’s first team meeting this preseason, where GRIC traditionalist Aaron Sabori explained the history of the calendar stick and spear. The items remain in Rising’s trophy case in the locker room, just outside the boot room. The stick and spear donated by Sabori sit atop two Western Conference Championship trophies, the 2019 Regular Season Championship Shield and the 2020 Finalist Plate – occupying a trophy case that seems destined to add hardware this season, thanks to Rising being unbeatable (10-0-3) at Wild Horse Pass.

All proceeds from the sale of the tops will go to Three Precious Miracles, a charity focused on providing a loving, caring and culturally-sensitive home for families of displaced Native American children.