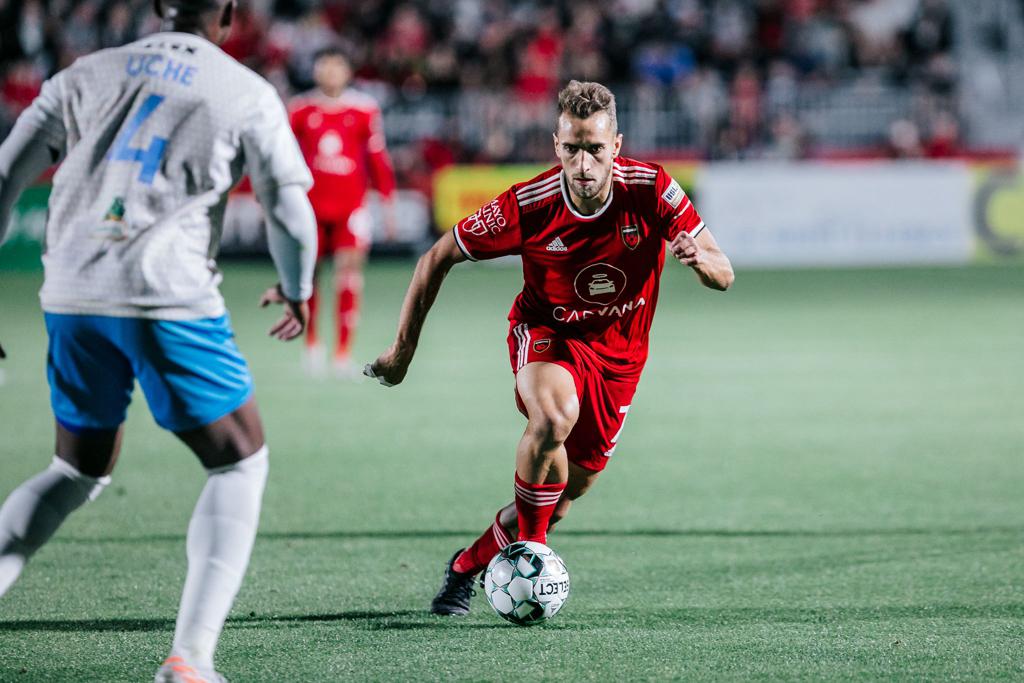 In its second comeback win of the season, Phoenix Rising defeated Galaxy II, 4-3, in LA on Saturday to improve to 14-3-5 overall. The road win gave the defending Western Conference Champions the fourth-best away mark this season (6-3-2), just one win behind Pittsburgh (7-3-3) for the top spot.

The leaders of the Pacific Division and Western Conference return home Wednesday vs. Las Vegas with a showdown against Orange County looming just three days later - a tough stretch of three games in eight days.

“After a poor performance against LA, we had a fantastic response late,” said Rising head coach Rick Schantz. “The players showed a never-say-die attitude. To get three points and still be disappointed in our performance is right where we want to be right now. While we got three points on the road and you’ll take that result however you can get it, we know we created enough chances to win by six or seven. We just weren’t clinical. in our final third”

Phoenix certainly took its chances well in the first match against Vegas on May 22, winning comfortably, 5-1. However, in its most-recent match on Aug. 7 in Vegas, Lights FC finished strong, drawing, 2-2. Lights narrowly missed on a chance that rattled the crossbar, which would have made it a 3-2 loss for Rising.

Vegas, which sits last place in the Pacific Division, are on an eight-game losing streak. The club has not won or tied a match since the last meeting with Phoenix in August.

“Vegas’ most veteran player, Mohamed Traore picked up a red card in their last match, so he’ll be out,” said Schantz. “It’s so hard to prepare for games like this. LAFC played on Sunday and a few of Vegas' players were in the 18. The one thing I do know is they are very good technically, especially in attack. Vegas moves the ball well, but we will be able to take advantage of them on set pieces. We’re big, powerful, we need to use that to our advantage.”

“Everyone says we’re a different team when we’re at home, but the reality is we play on the best field in the league,” said Schantz. “When we’re on the road, everything is more difficult. When we play at home, we have a lot of good energy and excitement. I hope everyone comes out and takes advantage of the $3 deal. It should be fun.”