Aodhan Quinn Named to USL Team of the Week 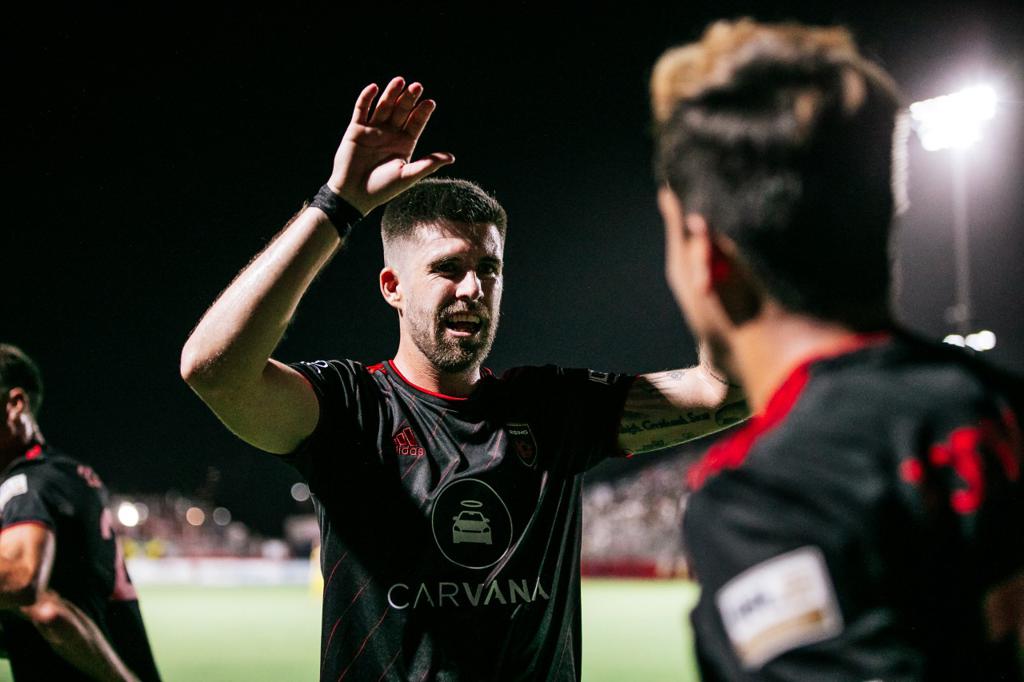 The USL Championship announced the Team of the Week Presented by Cleer Audio for Week 21 of the 2021 regular season on Tuesday, with Rising's Aodhan Quinn earning a spot on the squad for his goal-and-assist performance vs. LA Galaxy II.

Quinn's stat line propelled him to become only the third player in Championship history to reach both 35 regular-season goals and assists.

Ekra earned 43 percent of the ballot to claim the award. The Charlotte Independence’s Irvin Parra and Miami FC’s Connor Sparrow finished tied for second on 21 percent, with Parra notching two goals and one assist in his side’s two victories over the week and Sparrow recording a nine-save shutout in Miami’s 2-0 road victory against Memphis 901 FC.

GK – Connor Sparrow, Miami FC: Connor Sparrow recorded a nine-save shutout, including eight saves coming on shots from inside the penalty area, and also notched three punched clearances as Miami FC took a 2-0 victory on the road against Memphis 901 FC.

D – Hugh Roberts, Charlotte Independence: Hugh Roberts helped lead the Independence to a pair of shutout victories over the week, recording a goal and assist in the side’s win against Loudoun United FC while winning 3 of 3 aerials and 2 of 2 tackles and making eight clearances over two games.

D – Fabien Garcia, Austin Bold FC: The French defender scored the decisive goal in Austin’s 2-1 win against San Antonio FC and over two victories won 4 of 5 tackles while making 14 recoveries and four interceptions as Austin moved into the playoff positions in the Mountain Division.

M – Aodhan Quinn, Phoenix Rising FC: Aodhan Quinn recorded a goal and assist and seven key passes overall in Phoenix’s 4-3 victory against the LA Galaxy II on Saturday night, and in turn became only the third player in Championship history to reach both 35 regular-season goals and assists in the league’s history.

F – Christiano Francois, Miami FC: The Haiti international scored both goals as Miami took victory against Memphis 901 FC at AutoZone Park and completed 2 of 2 dribbles and 14 of 22 passes as the side kept pace with its rivals at the top of the Atlantic Division.