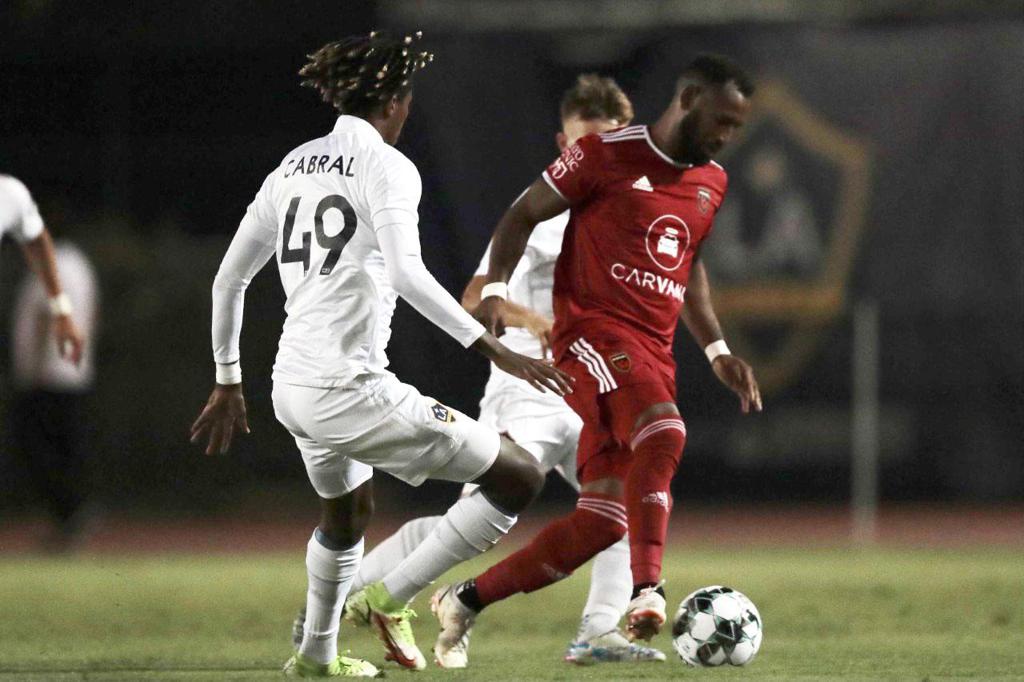 Tonight, LA Galaxy II got on the board first in the 12th minute, when a slick through ball from midfield found Preston Judd in-behind the Rising back line. Judd calmly touched the ball across the area to a wide-open Remi Cabral and the forward finished off the chance, beating Rising goalkeeper Andre Rawls low to the center of the goal, to make it 1-0.

Joey Calistri earned Phoenix a penalty kick in the 21st minute after he brought down a cross at the top of the box and tried to strike a shot on goal with his second touch. Before Calistri could connect with the ball, Los Dos defender Owen Lambe caught the leg of the midfielder with an attempted tackle, forcing referee Ricardo Fierro to point to the penalty spot. Quinn stepped up to finish off the free kick, sending LA goalkeeper Eric Lopez the wrong way and tying the match, 1-1.

Los Dos pulled ahead once again the 27th minute on a goal scored off a corner kick by Jesus Vazquez. LA’s Cabral set up the chance after LA won a 50-50 ball. LA played a few combination passes around the box before Cabral faked a shot and found Vazquez open at the penalty mark, leaving Rawls screened and unable to keep the slow-rolling shot out of the net.

Phoenix equalized on a corner kick of its own in the 31st minute. A phenomenal save by LA’s Lopez on what looked to be a sure goal by Arturo Rodriguez, set up the set piece. Quinn took the kick, lobbing a cross in from the right flank to the back post. Lambert was there to win the header, rising above the crowd to nod a textbook header down, into the ground and past Lopez to make it 2-2.

Rising took a 3-2 lead in the 35th minute after a heel pass from Darren Mattocks left Rodriguez with an open look at goal, 15-yards from the end line. Rodriguez’s shot forced an epic, diving save from Lopez, but Santi Moar was there to finish off the rebound for his 10th goal of the season, making it 3-2 heading into halftime.

Rawls came up with a huge save at the beginning of the second half. The goalkeeper darted off his line, taking the ball off the head of Judd inside the six-yard box in the 59th minute of the match to preserve Rising’s one-goal lead.

After Rising center back Joseph Farrell was sent off for his second caution in the 82nd minute and Phoenix was playing down a man, LA Galaxy took advantage and equalized on a goal by Jonathan Perez in the 86th minute. Perez accepted a pass from Kai Koreniuk just inside the top of the box before turning and striking a perfect line-drive shot into the top corner of the net to make it 3-3.

Just before the final whistle, six-minutes into stoppage time, Tate Schmitt lobbed a cross into the area for Darnell King. The ball floated just beyond the reach of King but caught the top of LA Galaxy defender Jesus Vazquez and ended up in the back of the net, giving Phoenix a 4-3 win and its 13th consecutive victory vs. LA Galaxy II.