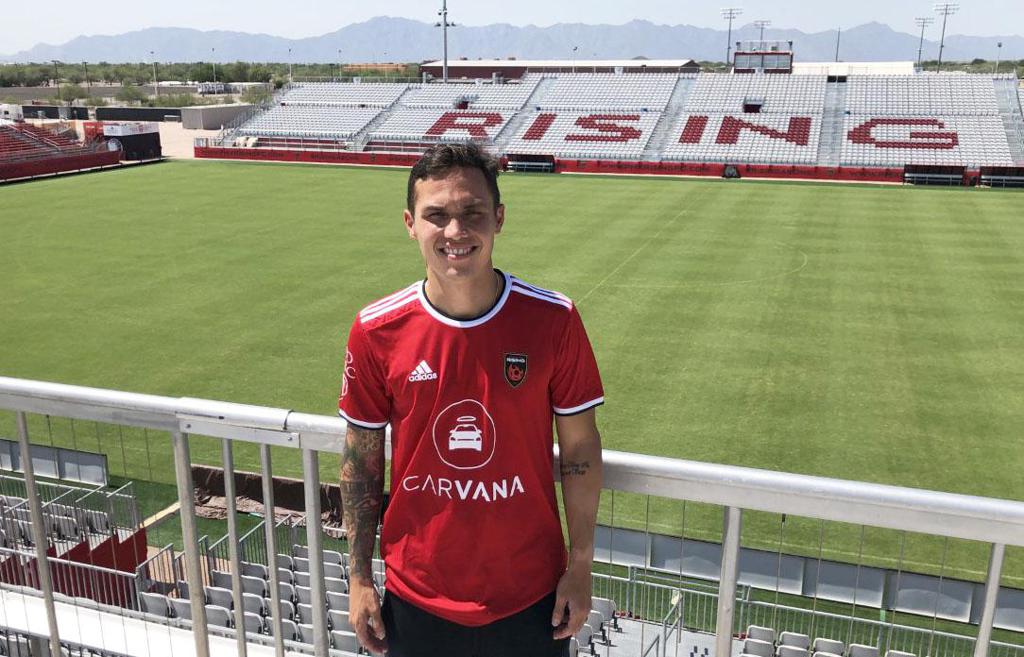 Seijas has been capped 63 times for the Venezuelan National Team

“I am very excited to add Luis to our roster,” said Rising head coach Rick Schantz. “Not only does he have exceptional experience, he is a very good player.  Luis has great skill and is very good in possession. He also understands how to break down opponents and create goal-scoring chances.”

Seijas has spent the past four seasons with Colombian First Division side Independiente Santa Fe. This was Seijas’ third stint with Santa Fe since starting his career with los Cardenales in 2008. In total, the Venezuelan has appeared in 226 matches for the club, recording 31 goals.

“I’m very happy to join Phoenix Rising FC,” said Seijas. “It’s a very solid team with the potential to win championships. I hope my experience will help the team achieve its goals.”

Seijas transferred to Standard Liege from 2011 to 2013. He made 46 appearances and scored seven goals for the 10-time Belgian league champions. After a short run with Deportivo Quito in Ecuador in 2013, Seijas returned to Santa Fe for three seasons. He spent the following three seasons with Sport Club Internacional in Brazil, where he appeared in 41 matches.

Phoenix Rising also announced today that the club and defender Tobi Adewole have mutually agreed to part ways. Rising begins a run of three matches in eight days this Saturday, Sept. 11, at LA Galaxy II. That game will be broadcast live on CW 61 Arizona beginning at 7:30 p.m.