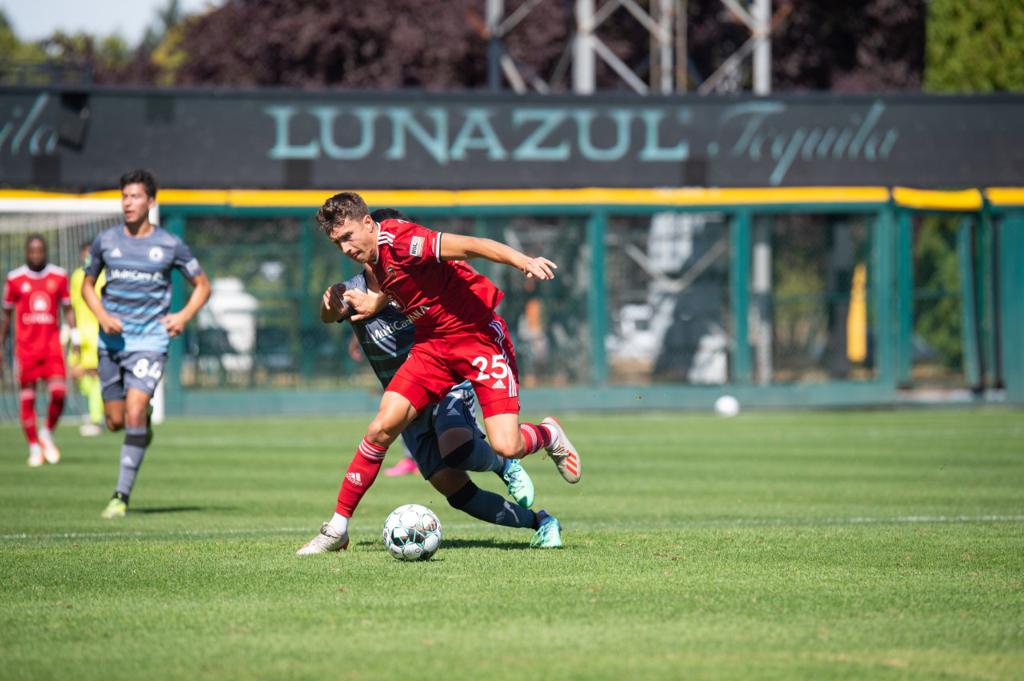 Darren Mattocks scores twice in his first start for Phoenix

Darren Mattocks scored twice in his first start for the USL Championship leaders. Santi Moar added an insurance goal via penalty kick in the 90th minute. The goal was his team-leading ninth of the season. Rising is away at LA Galaxy II next Saturday, Sept. 11 (7:30 p.m. on CW 61 Arizona), but returns to Wild Horse Pass on Wednesday, Sept. 15.

This afternoon, Rising put its first shot on goal less than 40 seconds into the match when Darnell King came up the right flank and crossed the ball into the center of the box for Aodhan Quinn. Quinn rose above his marker to win the header and redirect a shot on goal, but Defiance goalkeeper Christian Herrera was in position to make the save.

Three minutes later, Darren Mattocks scored his first goal in a Rising uniform when Phoenix’s high press forced a turnover. Mattocks wasted zero time, racing towards goal outmuscling a defender and squeezing a shot between Herrera and the near post to make it 1-0.

Mattocks made it 2-0 in the 32nd minute when Quinn lobbed a left-footed corner kick over the head of Herrera. The ball floated just beyond the reach of Herrera at the back post and onto the head of Mattocks, who buried the chance for his second goal of the match.

Tacoma pulled a goal back in the 35th minute when Danny Leyva lobbed a free kick into the center of the box on a set piece from the left flank. Defiance forward Samuel Adeniran outjumped his marker and headed a shot down and to the right side of Rising goalkeeper Andre Rawls, catching the corner of the net and making it 2-1 heading into halftime.

Rawls made a key save to deny Taylor Mueller of a goal in the 50th minute. Similar to Tacoma’s first-half goal, Leyva lobbed a pass into the box, where Mueller won the header, putting a shot low and to the left of Rawls, but the goalkeeper read the play well and was able to get down to make a diving save to preserve the 2-1 lead.

Tacoma was reduced to 10 men in the 59th minute, when Josh Atencio was shown his second yellow card of the match. Rising used its advantage to close out the match without allowing another shot on goal.

The defending Western Conference Champions added a third goal in the 90th minute when Tacoma defender Randy Mendoza was whistled for a handball in the box. Moar stepped in to take the free kick, sending Herrera the wrong direction and depositing the ball into the back of the net to make it a 3-1 final.