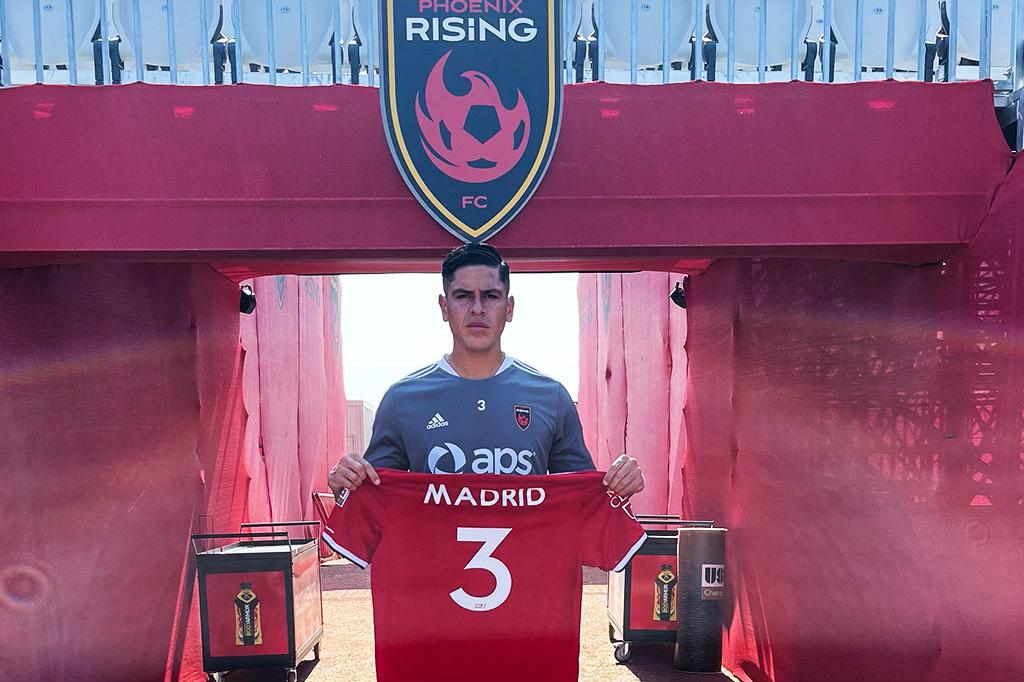 “Manuel brings a lot of experience from Mexico,” said Rising head coach Rick Schantz. “He has played at a very high level – Liga MX and Expansión MX. We really like that he is composed on the ball. He’s also 6’3” or 6’4.” He’s solid, very strong, good in the air. He’s going to create one heck of a competition at center back for us.”

Madrid, 27, made his professional debut as a 20-year-old in 2013 for Cruz Azul. The defender appeared in 14 matches across all competitions for the Liga MX side before scoring eight goals in 132 total appearances with Cruz Azul Hildago, Loros Universidad, Leones Negros, Tampico Madero and Mineros de Zacatecas in Expansión MX.

“It has been a very good experience,” said Madrid. “It feels great to be here. Phoenix Rising has a very professional feel to it. It is a place I feel I can become a better player while also helping the team win. I’m always going to give the team everything I have when out on the field. I will work hard to help this team achieve victory.”