Phoenix Earns a Point on the Road vs. Charlotte 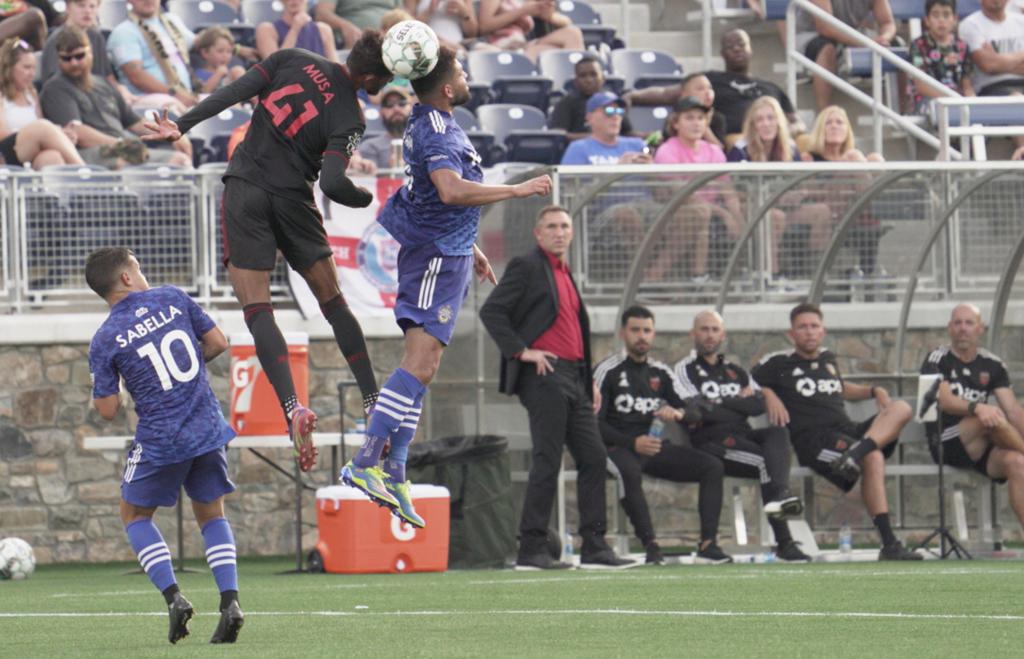 CHARLOTTE, NC (Saturday, July 10) – Phoenix Rising FC traveled 2,000+ miles to Charlotte and managed to earn a point via a 1-1 draw on the road thanks to a goal by David Egbo.

Rising’s next match will be on the opposite coast. The defending Western Conference Champions head to Oakland for a match on Wednesday, July 14, before returning to Wild Horse Pass next Saturday, July 17 at 7:30 p.m., vs. LA Galaxy II.

Tonight, a high press by Charlotte made Rising pay early as Ivan Parra out-muscled a Phoenix defender to steal the ball at the top of the area. Parra pushed the ball to Sylvain Marveaux and made a central run. Parra was rewarded with a return pass, which he buried into the low, far corner of the area to make it 1-0 early.

Rising made it 1-1 in the 21st minute when Solomon Asante crossed a long arching pass to the back post. Santi Moar picked up the ball there and ran at a defender before scooping a pass into the path of Aodhan Quinn. Quinn slid to catch up to the pass, knocking the ball to Egbo, who was free at the back post. The 22-yard-old forward calmly slipped a shot by Charlotte goalkeeper Austin Pack for his second of the season in just his third start.

Charlotte had two great chances to go ahead in the next 10 minutes of play, but could not finish off the opportunities.

Asante earned a free kick for Rising in the 48th minute and Quinn stepped up to curl a shot over the wall and in towards the near post. Fortunately for Charlotte, Pack read it well and made a diving save to his left side to punch away the shot.

Jon Bakero replaced Arturo Rodriguez in the 79th minute, looking to create a spark for Phoenix. The Spaniard whipped in two dangerous crosses in the waning minutes of the match, but Pack was up to the task and intercepted both passes.

Darnell King made a goal-saving tackle to deny Charlotte of a go-ahead goal just before stoppage-time. Seconds later, he made a long run to the opposite side of the field to create a chance for Rising, but his first-time shot went well high and wide of the target.
King earned a final free-kick opportunity for Phoenix to finish the game near the eighth minute of stoppage time. Bakero put a good ball in to Prince Saydee, who chipped a pass to the center. Tobi Adewole won the header there, but could not keep his attempt under the crossbar.