Asante and Schmitt Named to USL Team of the Week 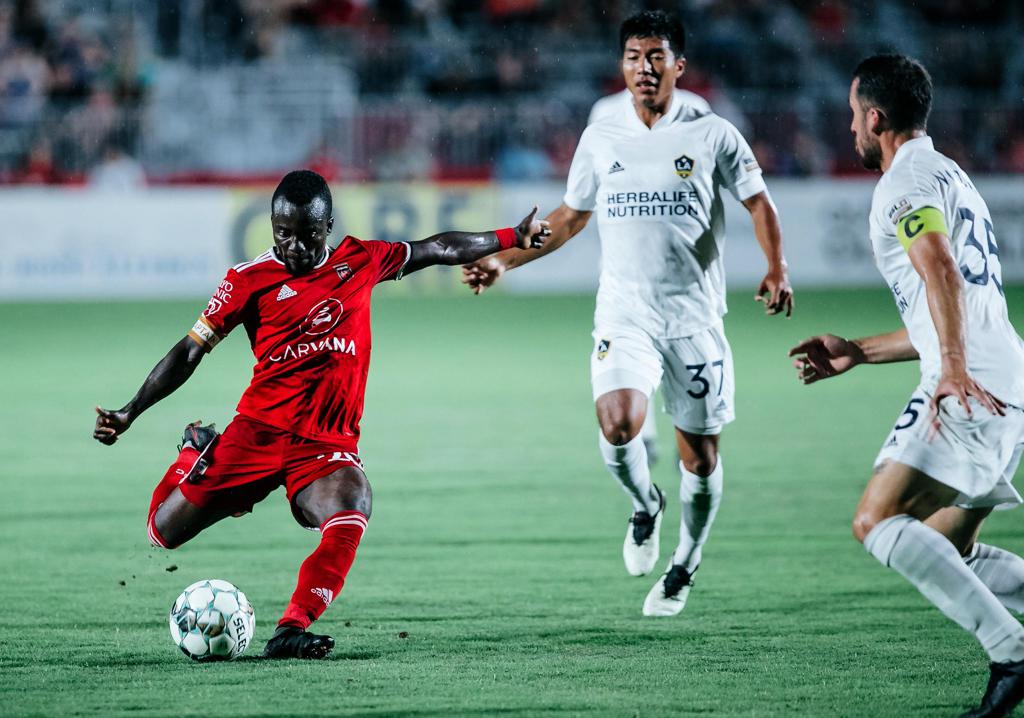 PHOENIX, AZ - The USL Championship announced the Team of the Week Presented by Cleer Audio for Week 11 of the 2021 regular season on Tuesday, with Rising's Solomon Asante and Tate Schmitt earning a nod for their performances in a 3-0 win vs. LA Galaxy II on July 3.

Schmitt and Asante each picked up a goal and an assist vs. LA while El Paso Locomotive FC’s Dylan Mares was voted Player of the Week after recording two goals and one assist across a pair of contests during the week’s action.

D – Brent Richards, Orange County SC: Brent Richards helped Orange County shut out Colorado Springs Switchbacks FC in a 2-0 victory on Thursday night as he won 11 of 16 duels and 5 of 5 tackles, recorded three clearances, and also picked up an assist.

M – Alessane Ates Diouf, Austin Bold FC: Alessane Ates Diouf recorded the only goal and had two shots and two key passes while completing 26 of 31 passes and winning 10 of 16 duels as Austin won for the first time on the road against San Antonio FC on Saturday night.

F – Solomon Asante, Phoenix Rising FC: Solomon Asante recorded a goal and assist to help lead Phoenix to a 3-0 victory against the LA Galaxy II on Saturday night, had five shots overall and completed 19 of 23 passes in another fine display at Wild Horse Pass.