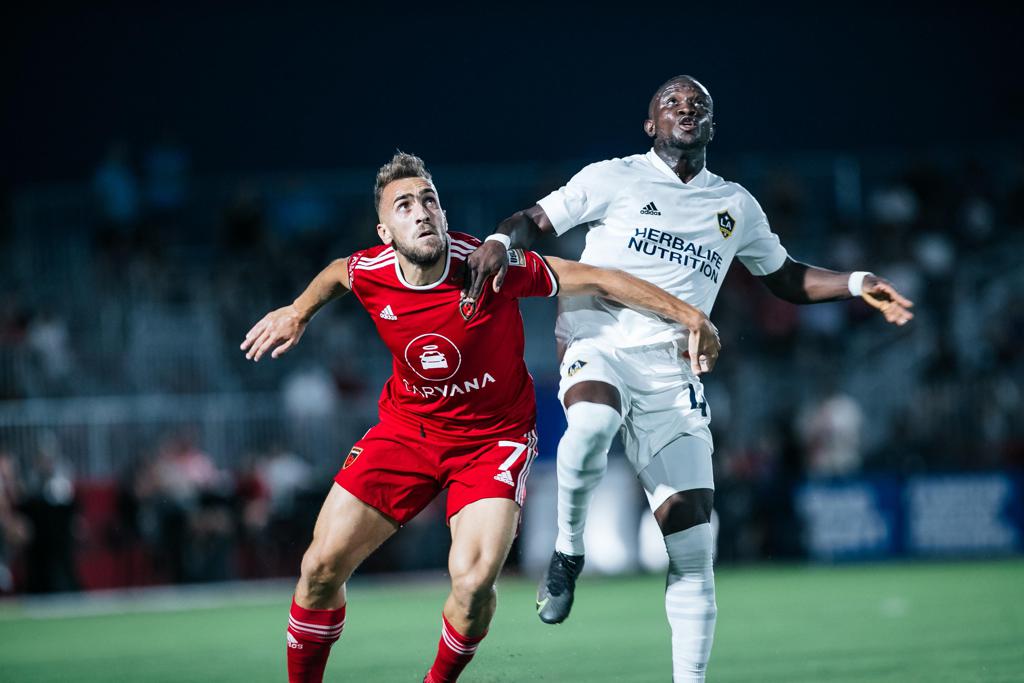 Despite windy and rainy conditions, Rising set a new club attendance record with 8,815 fans at its new venue. Tate Schmitt, Solomon Asnate and Santi Moar provided the first fireworks of the weekend with a goal each before the night sky light up in honor of Independence Day.

The match began with Asante earning a corner kick for Rising in the 19th minute. Aodhan Quinn walked to the flag to put in a dangerous left-footed cross and with the wind whipping hard towards the South end, Quinn managed to bend a high cross into the gale. The ball dropped onto the left heel of Schmitt, who redirected a shot by the goalkeeper and into the back corner to make it 1-0.

In the 23rd minute, David Egbo found Asante in alone in the center of the area with a cross. Phoenix’s No. 20 picked up his head and beat LA goalkeeper Justin vom Steeg to his right side but had his shot deflect off the outside of the bar

Just one minute into the second half, Rising took a 2-0 lead when Schmitt ripped a cross through the area. Asante brought down the pass perfect and was in on goal against vom Steeg. The goalkeeper came off his line to cut out the captain’s angle, but Asante went to the end line and cut a low shot through the tiniest of windows to beat vom Steeg low to the back post.

Santi Moar made it 3-0 Rising in the 66th minute when he poked a loose ball beyond the last Galaxy II defender and was off to the races following a LA free kick. In alone against vom Steeg from 70 yards out, Moar had minutes to size up the goalkeeper before choosing to chip a shot over the California native for his seventh of the season.