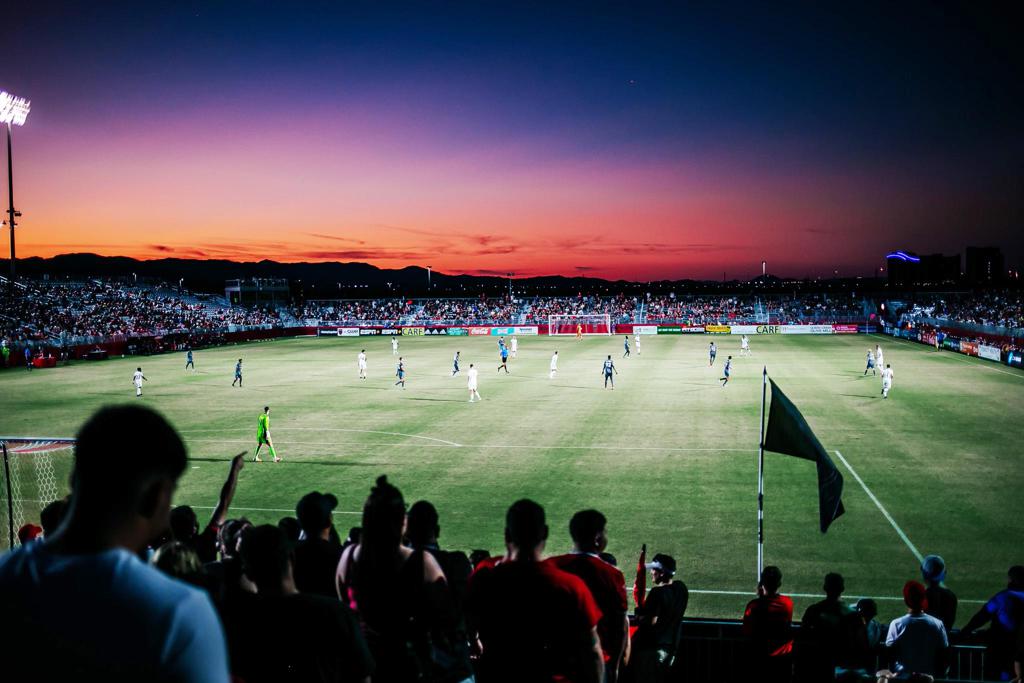 Coming into the 2021 season, Phoenix Rising FC had never won on the road against Sacramento Republic FC. The club has emphatically changed that narrative this year, winning two games in Sacramento.

Last weekend, in a game which saw Sacramento go down to 10 players, Rising was able to secure a it's second one-goal victory against the Republic this season. Solomon Asante opened the scoring with his sixth of the season. He also set up a goal by David Egbo, who was making his first start for the club.
Rising now returns home to face LA Galaxy II for the first time this season and will look to continue dominating play at Wild Horse Pass, where the club has scored 17 of its 22 goals.
This will be the first of four matchups against Los Angeles, a team who Rising has dominated in regular-season play through the years. Phoenix has won the last 10 matches against LA (dating back to April 2017), which marks the longest win streak against any opponent in club history.
Los Angeles, who is 3-5-3 on the season, is eyeing its first win since May 29. Galaxy II has been solid on the offensive end this season, scoring 20 goals, just behind Phoenix's 22 for most in the league. LA is led by rookie forward Preston Judd and his seven goals.
"They're very young," said Rising head coach Rick Schantz. "When you play these young teams, you have to dominate them physically. You have to intimidate them. You have to be agressive, get them to get out of their game."
The match, which comes the night before Independence Day, will feature postgame fireworks. Schantz expects fans will get two fireworks shows on the night.
"We're going to have a heck of a fireworks show on the field," he said. "Afterwards, the fans can stick around and watch fireworks as well."