Rising Pick Up Second Win of the Season in Sacramento 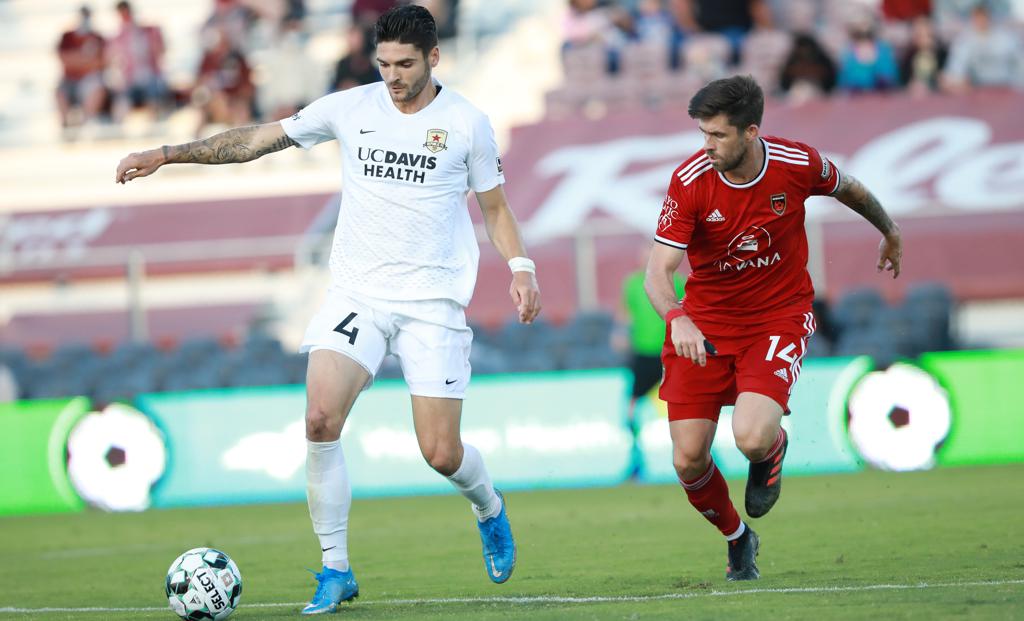 Solomon Asante and David Egbo scored for Rising, who return to Wild Horse Pass next Saturday, July 3, for a contest against LA Galaxy II, just hours before Independence Day. As part of the celebration, Rising will host an epic fireworks show following the match.

Tonight in California, Asante gave Rising a 1-0 lead in the 31st minute via a free kick after David Egbo, who was making his first start for the club after being loaned from Vancouver Whitecaps FC, earned a free kick at the top of the area. Asante curled a shot over the wall and into the top left corner of the net, beating Sacramento goalkeeper Rafeal Diaz, high over his right shoulder for the first goal of the match.

Phoenix’s task got a little easier in the 38th minute when Fatai Alashe went in hard for a challenge against Rising’s Arturo Rodriguez. After knocking Rodriguez to the ground, Alashe’s cleats made contact with Rodriguez’s head, forcing referee Matt Thompson to bring out the red card. Sacramento was forced to play a man down for the remainder of the match.

Despite playing a man up, Tate Schmitt, who was also making his first start of the season while on loan from MLS side Real Salt Lake, was called upon just before the half. The left back came across his mark, Sacramento’s Cameron Iwasa to head away a dangerous ball played in from Republic’s left flank.

Rising’s defense combined to limit Sacramento to a single shot in the first half of play.

Rising took a 2-0 lead 18 minutes into the second half with a well-worked goal. The shot was set up by Santi Moar and Asante, who used two one-touch passes to free Egbo at the back post. The University of Akron product beat substitute goalkeeper Tomas Gomez to the post with a first-touch finish with is left foot to open his account for Phoenix Rising.

Sacramento pulled a goal back via corner kick in the 72nd minute. The in-swinging ball was played to the back post by Petteri Pennanen. Republic’s Dan Casey rose above the crowd to head a textbook shot, down into ground. The shot bounced off the turf and back up, just inside the near post behind Andre Rawls to make it 2-1.

Rawls made a diving save, low to his left side on Sacramento’s Duke Lacroix in the 84th minute to preserve the 2-1 lead for Rising, who lead the Pacific Division with 19 points.