Rising off to Sacramento next weekend, but return to Wild Horse Pass on July 3 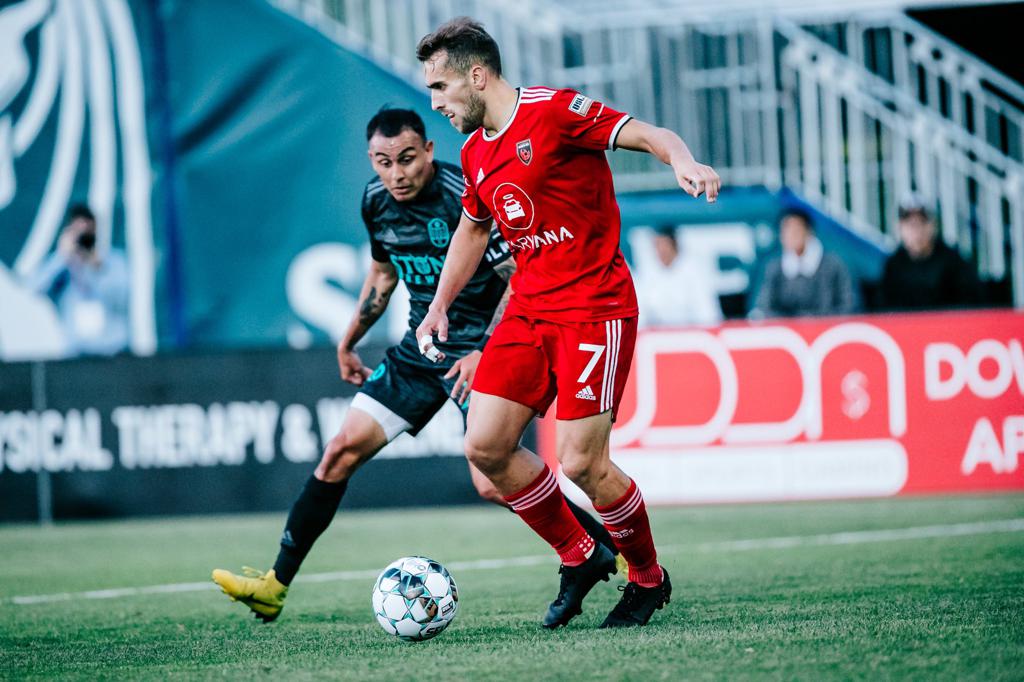 Arturo Rodriguez picked up the lone goal of the match for Rising, which travels to Sacramento next Saturday, June 26 (8 p.m.) on CW 61 Arizona. The defending Western Conference Champions return to Wild Horse Pass for an Independence Day celebration on Saturday, July 3.

San Diego’s Charlie Adams opened the action in the 12th minute, when the midfielder found space 25-yards from goal. The Loyal SC captain struck the ball with the outside of his left-foot with his first touch to send a shot, curling away from Rising goalkeeper Ben Lundt, towards the back post. Coming off his eight-save shutout performance last weekend, Lundt was in top form and dove far to his right side to slap the ball out for a corner kick.

Rising fired back in the 25th minute when the league’s leading scorer, Santi Moar came free on the left flank and ran at goal. Moar clipped a perfect pass into the center of the box for Jon Bakero and the fellow Spaniard hammered a header on goal. Unfortunately for Phoenix, the shot was directly at San Diego’s Trey Muse and the goalkeeper made an easy save to keep it, 0-0.

Jack Blake gave San Diego a 1-0 lead in the 36th minute after Jack Maher slipped a pass in between two Rising defenders. Blake found space to take a touch before hitting a bouncing shot towards the back post. The shot eluded Lundt’s 6-6 frame and caught the far side-netting to give San Diego the lead.

Rising came out of halftime on the attack, earning a corner kick in the first minute of the second half. Left back Ryan Flood set up the chance, getting forward up the flank and picking out Rufat Dadashov with a cross at the top of the six-yard box. Phoenix’s No. 9 did well to redirect a shot on goal, but Muse was in position to push the attempt over the bar.

Against the run of play, Blake made it 2-0 in the 57th minute with another shot from distance. After receiving a pass from Adams a few yards outside the area, Blake cracked another line-drive shot that dipped just beyond the left hand of Lundt to give San Diego a two-goal advantage.

Aodhan Quinn and Solomon Asante combined to test Muse after head coach Rick Schantz made a trio of substitutions to try and spark another comeback against Loyal SC.

The architect of that comeback on June 5, Rodriguez got Phoenix within a goal in the 66th minute when another second-half substitute, Prince Saydee brought down a long pass played over the top with skill. Saydee cut inside where the third of Schantz’s subs, David Egbo got off a shot that made it through a crowd of players to Muse. The goalkeeper made the initial save but the rebound fell to Rodriguez, who picked out the far corner to make it 2-1.

Phoenix outshot Loyal SC 21-6 on the night but could not get a second ball behind Muse to even the score before the final whistle.