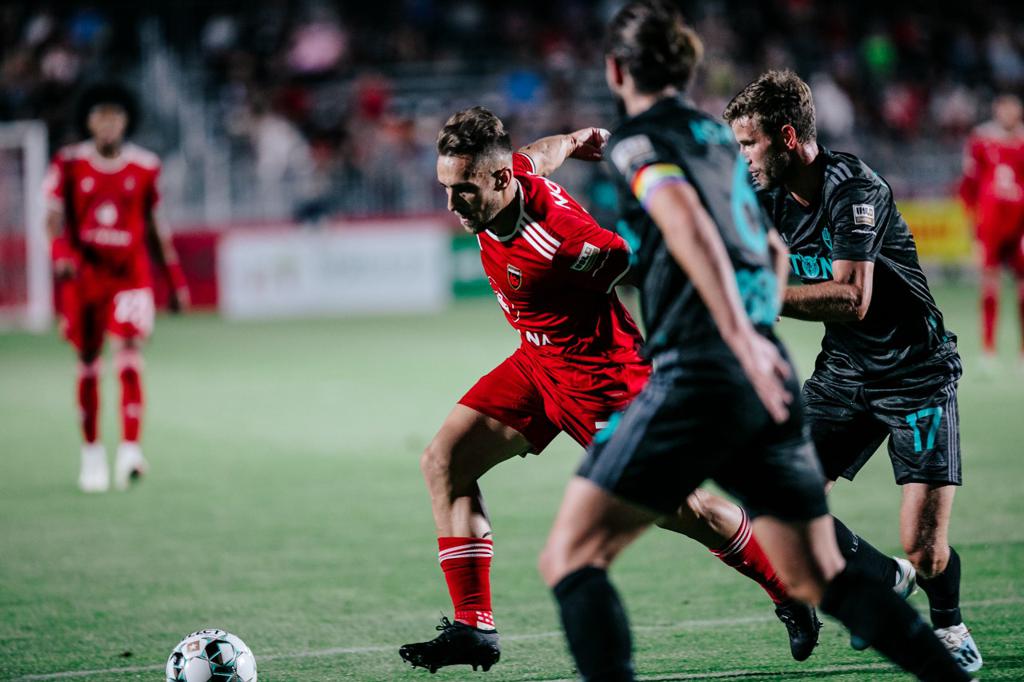 Rising Match Preview
Phoenix Rising FC improved to 5-1-1 on the season with a 3-0 victory against Tacoma Defiance last weekend at Wild Horse Pass. Goalkeeper Ben Lundt led the way for Rising with eight saves. Solomon Asante scored twice and Phoenix-native Tate Schmitt scored in his debut for his hometown club.
Rising now heads out on the road to face San Diego for the third time this season. This is also the second time in three weeks these clubs have met. The teams are set to meet for the final time this season on Saturday, July 24. Loyal is 2-0-0 at home, including a big win against LA Galaxy II last weekend. San Diego is unbeaten in its last four games.
When asked how he and his club would prepare for their third match against San Diego, head coach Rick Schantz mentioned making some subtle changes, but mostly leaving it in the hands of the players.
"Any time you play a team three times, there's nothing they don't know about us and there's nothing we don't know about them," said Schantz. "You can get creative and try to make changes and out-think yourself a little bit...but for me it's the subtle tweaks and changes. I noticed that Landon [Head Coach Landon Donovan] made a comment that they're the only team that knows how to beat us. They haven't beaten us, but they have a good game plan. They have some good ideas, but it really just comes down to the players."
For this matchup, Loyal will be welcoming back fans to Torero Stadium at full capacity for the first time since the pandemic began. Schantz's club is well prepared for the environment and embraces these kinds of road crowds.
"For us, we constantly talk about having a target on our back," he said. "Everybody wants to beat Phoenix, so trust me, going to San Diego we know it's a difficult environment. We know they don't want us to win there. They're super motivated. The last time we played there they played out of their minds. It's about going in and being humble, respecting that environment and actually being proud of it, because it's good for USL."