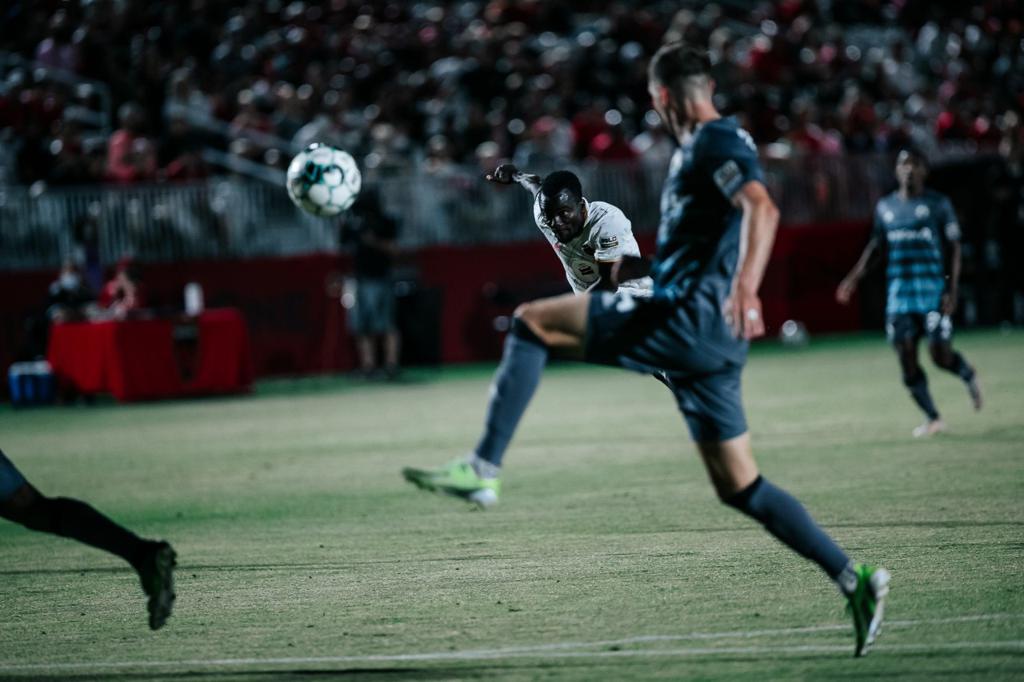 PHOENIX, ARIZONA (Saturday, June 12) – Phoenix Rising FC improved to 5-1-1 on the season with a 3-0 victory against Tacoma Defiance tonight at Wild Horse Pass.

Goalkeeper Ben Lundt led the way for Rising with eight saves, while Solomon Asante scored twice. Phoenix-native Tate Schmitt added the third goal for Rising, who returns to Wild Horse Pass in three weeks for a July 3 showdown against second-place LA Galaxy II. That match will include a post-game fireworks celebration in honor of Independence Day.

Tonight, Rising pressed early and in just the second minute of the match, Jon Bakero brought down a cross that was played to the back post with his first touch. Bakero’s pass inside the area sat up perfectly, allowing Asante to strike the ball with his first-touch, but Tacoma Defiance goalkeeper Spencer Richey read the play well and got down to his left side to make the first save of the match.

Tacoma fired back in the 13th minute of the match when a defensive error from Rising gave Samuel Adeniran a good look at goal at the top of the area. Adeniran attempted to pick out the far side netting, but Lundt made a full-extension save to his right side to keep it 0-0.

Lundt made his second save on Adenrian in the 16th minute and then robbed the striker of a headed goal from the doorstep in the 18th minute after Tacoma’s Jimmy Medranda lobbed a perfect cross to the back post.

Rising broke through just before halftime when Asante took a pass from Joey Calistri in midfield and sprinted to his right. The two-time defending league MVP cracked a shot back across his body and the line-drive attempt skipped off the save attempt by Richey and deflected into the back of the net to make it 1-0.

Lundt came up huge for Rising again in the 53rd minute, when a poor turnover from Phoenix’s back line allowed Adenrian to dribble in-alone against the goalkeeper. One-on-one from 30 yards out, Lundt stood his ground and pounced on the striker’s attempt to put a low shot into the corner on the goalkeeper’s left side.

Asante picked up his second goal of the match two-minutes later when Santi Moar and Arturo Rodriguez combined on the left flank. Rodriguez slipped a pass across the top of the box to Jeremy Kelly. The holding midfielder’s late run pulled apart Tacoma’s back line and Kelly snuck a short pass over to Asante, on the right. Asante had time to pick up his head and crack a hard shot towards goal but the attempt deflected off a Tacoma defender before finding the back of the net to make it 2-0.

Rising’s newest player, Tate Schmitt scored in his debut, just 17 minutes after coming on for Calistri. Moar set up the goal after bringing down a cross at the back post and sliding a pass between two Tacoma defenders. Schmitt muscled a third defender off the ball before beating Richey to make it a 3-0 final.