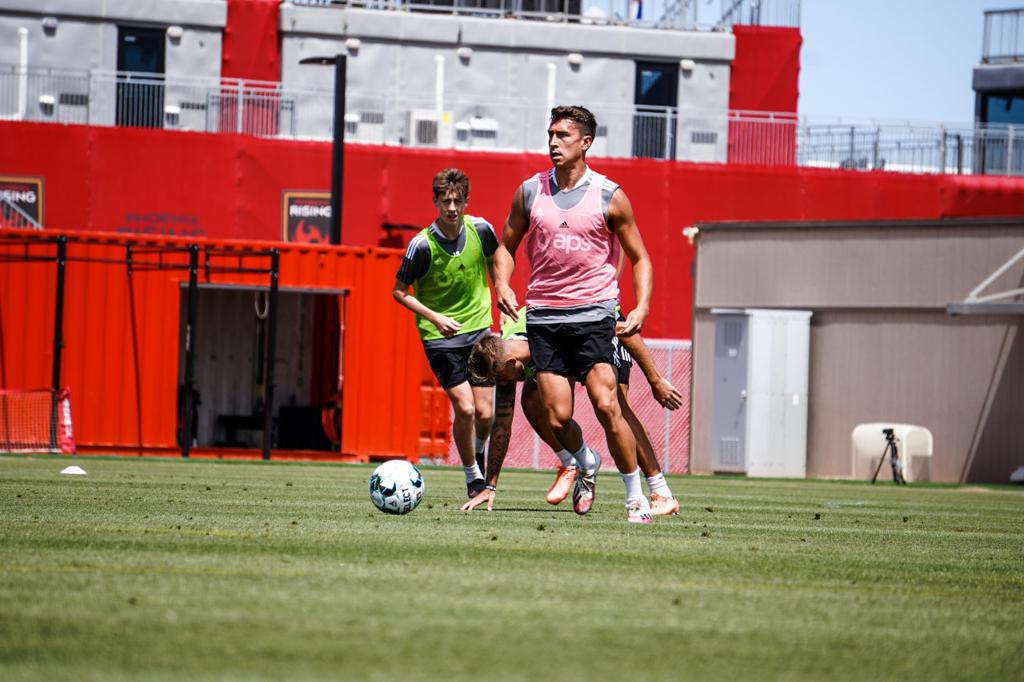 The Phoenix native joins the defending Western Conference Champions through the end of the USL Championship season unless recalled by Real Salt Lake.

“I’m excited to have Tate join our team,” said Rising head coach Rick Schantz. “I’ve known Tate for many years. He grew up here. Played at FC Tucson and now he’s excited to be back. I know he will give his heart to the team.

As a player, Tate is an exceptional athlete. He’s been playing left back and as a central defender. He gives us more depth and competition at multiple positions. He is very technical and has a great understanding of the game.”

Schmitt, 24, has appeared in 10 matches for Real Salt Lake since signing as a Homegrown player on January 3, 2019. The former striker and attacking midfielder led the University of Louisville with seven goals as a freshman in 2015. He finished his collegiate career with 26 goals and 17 assists in 80 appearances for the Cardinals.

“Phoenix is home for me,” said Schmitt. “This is a good opportunity for me to be able to come home and showcase how I have been developing with Real Salt Lake. I needed a competitive atmosphere and I felt Phoenix was the perfect place for me to get that.”

Schmitt appeared 19 times for Real Monarchs in 2019, scoring three goals and four assists during the Monarchs title-winning playoff run. He spent three seasons with FC Tucson between 2016 and 2018, scoring 10 goals in 30 appearances. Schmitt’s first two years in Tucson was spent with Schantz.

“FC Tucson was a good platform for me to continue,” said Schmitt. “Being able to learn under Rick and Jon Pearlman at FC Tucson was an incredible experience. I learned how to develop to get to MLS. I understand Rick’s philosophy and how he likes to play. I am a very hard-working player. I am very vocal. I see myself as just one part of the puzzle.

It’s been a while since I’ve been able to come back to Phoenix to play. It’s going to be incredible, to be able to play here in this new stadium. I’m very excited to see friends and family I grew up with at the games.”

Schmitt played his junior and senior seasons with the Real Salt Lake Academy (AZ) where he helped RSL to U-17/18 national runner-up finishes in 2014 and 2015.