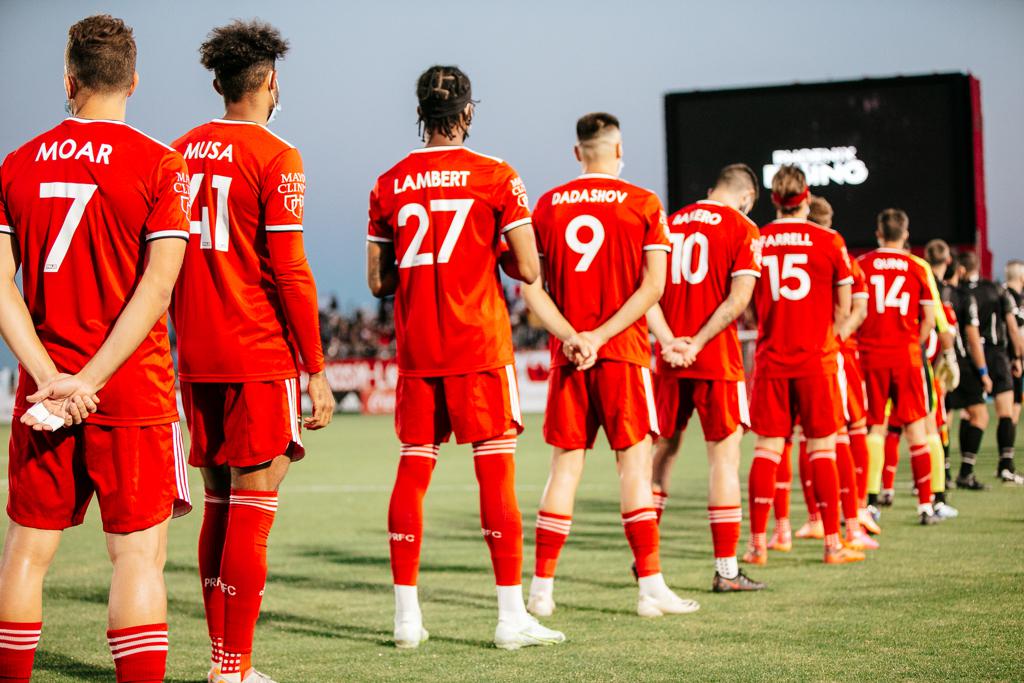 Tough to keep out of the net
Phoenix Rising comes into the night having scored in 16-straight regular-season matches. With a goal tonight, Rising would match its second-longest streak of consecutive regular-season matches with a goal (17). The club record is 29 matches, set over 2019 and 2020. The last time the club was shut out in a match was on July 25, 2020, in a 1-0 loss to Orange County.

Moar goals needed for history
Santi Moar's four goals in the first four matches of 2021 have set the club record for most goals scored in consecutive matches to start a season. But Santi has some work to match the club record for most consecutive matches with a goal scored. That record belongs to Solomon Asante, who scored in seven straight matches during his first MVP campaign in 2019.

The three-headed monster
Opposing defenses will have trouble deciding just who of Rising's front three do they need to concentrate on in the attack. Of Rising's 13 goals this season, nine have been scored by the trio of Santi Moar (4), Solomon Asante (3), and Rufat Dadashov (2).

Ironman watch
Defender James Musa is the only player on the roster to have played every minute of 2021 (360 minutes) and the only field player to play every minute of every match he's appeared in. Rufat Dadashov (355), Solomon Asante (348), Ryan Flood (347), and Aodhan Quinn (344) round out the top five players in minutes played.

Sacramento woes
Phoenix Rising's troubles in Sacramento go far beyond just not winning a match in the state capitol (0-2-3). Rising hasn't scored in Sacramento since its first trip as Arizona United back in 2014. The last and only player in team history to score at Sacramento is London Woodbury.