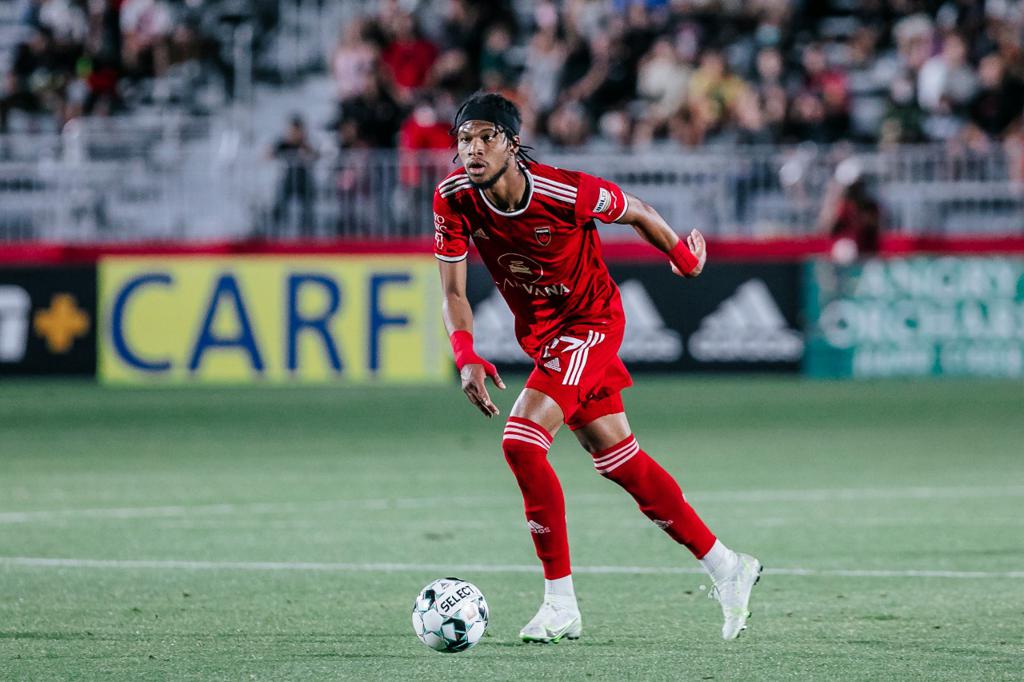 Rising Match Preview, presented by Northern Arizona University
Phoenix Rising has not disappointed at its new home at Wild Horse Pass. Last weekend, the defending Western Conference Champions secured the third victory of the season, defeating Las Vegas Lights FC 5-1 at home. It was a historic night that saw Phoenix set USL Championship records for most shots (40) and shots on target (22) in a regular-season contest. Rufat Dadashov got on the scoresheet, scoring two goals, while Santi Moar scored in his fourth consecutive game.
Rising now looks to secure its first road victory of the season against Sacramento Republic FC this Saturday. Phoenix and Sacramento met most recently in the 2020 Western Conference Quarterfinals, where a late overtime goal propelled Phoenix to victory. Head Coach Rick Schantz is expecting a physical game and is looking forward to another tough road test early in the season:
“Against a team that Mark Briggs coaches, they’re going to be very physical and very tough," said Schantz. "We know we can match that, as we did in Tampa, but it’s not losing our composure and not losing the style of play. We’ll be prepared for whatever they throw at us from a tactical situation and make sure that we can stay composed when we have the ball.”
After starting the season with two wins, Sacramento dropped a close game at Orange County last week. In training this week, Schantz praised Briggs for the buy-in he has been able to get from his squad.
"This group you can see, they really understand what Mark wants from them," said Schantz. "That’s a big key in this league. When you have a bunch of players who believe in what you’re trying to do as a coach, it’s a lot easier than fighting the personalities and mentalities of the players. When you have a team moving in one direction, it doesn’t matter what you do, you’re going to be difficult to beat.”
Rising will look to carry momentum from the success it is enjoying at Wild Horse Pass into Saturday's road contest to improve to 4-1-0 overall.