Flood, Dadashov and Asante Named to Team of the Week 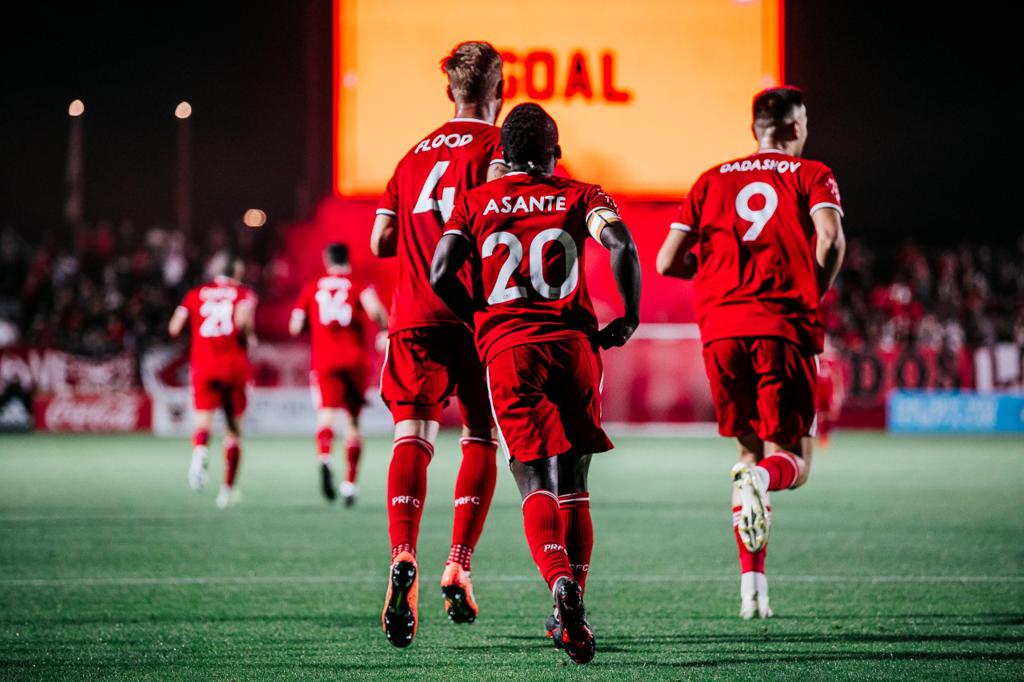 The USL Championship announced the Team of the Week Presented by Cleer Audio for Week 5 of the 2021 regular season on Tuesday, May 25. Rising's Ryan Flood, Rufat Dadashov and Solomon Asante earned three of the 11 spots on the Team of the Week for their performances against Las Vegas this past Saturday.

Atlanta United 2’s Aiden McFadden was voted Player of the Week after recording four goals across two contests that helped his side to four points over the course of the week.  McFadden earned 71 percent of the ballot for his performances to earn the award while Dadashov finished second with 14 percent after recording two goals and hitting the woodwork twice in his side’s 5-1 victory against Lights FC.

D – Ryan Flood, Phoenix Rising FC: Ryan Flood won 10 of 12 duels and made three interceptions defensively and also completed 5 of 6 dribbles and 37 of 46 passes to help Phoenix to a emphatic victory against Las Vegas Lights FC.

M – Kadeem Dacres, Memphis 901 FC: Kadeem Dacres had a stellar display against Atlanta on Sunday afternoon, recording one goal and one assist and completing 3 of 4 dribbles in 901 FC’s 2-2 draw.

F – Rufat Dadashov, Phoenix Rising FC: Rufat Dadashov scored twice, hit the woodwork twice and had eight shots overall as Phoenix set records for the most shots (41) and shots on goal (20) in a regular-season game against Las Vegas.

F – Solomon Asante, Phoenix Rising FC: Solomon Asante recorded one goal and one assist, had seven key passes and seven shots and completed 29 of 34 passes overall as Phoenix ran out to a 5-1 victory against Las Vegas Lights FC.