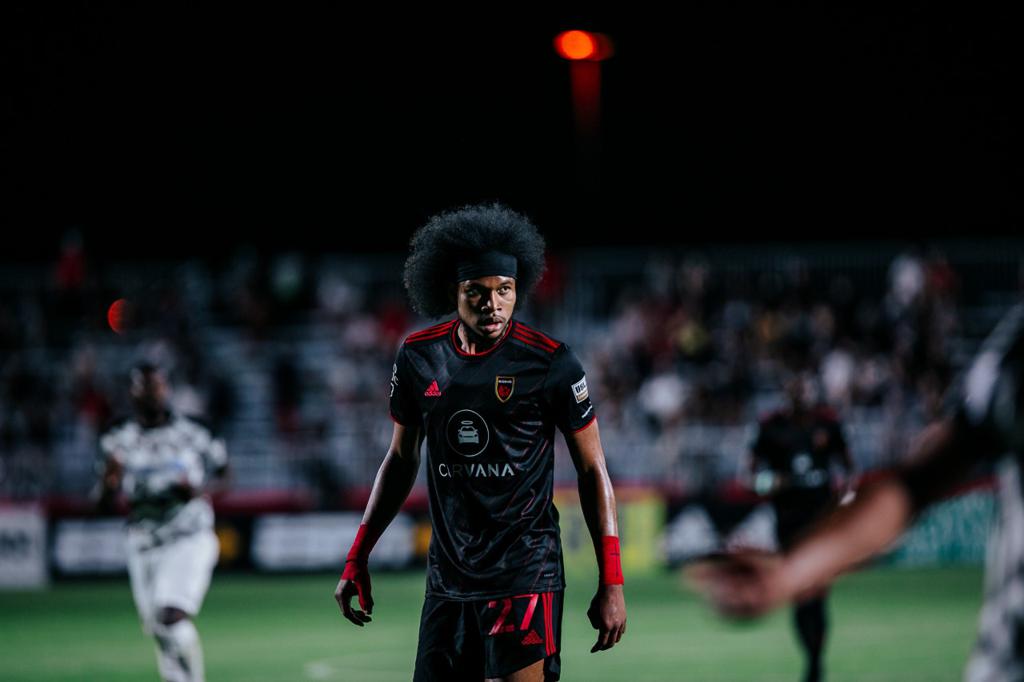 Preview
Last week, in a rematch of last season's never-played USL Championship Final, Phoenix fell on the road to the Tampa Bay Rowdies in a heated 2-1 loss. Santi Moar notched his third goal of the season, but it was not enough to keep Rising's perfect record alive.

"I told them it’s early, we tested ourselves, we didn’t change our tactics and we did so on purpose," said Schantz. "We played a very good team and matched up on the road in a difficult environment. We learn from it. We move forward. It’s not like it was game 30. It was game number three. We have 29 games left .

Did I want to go undefeated? Of course, every coach wants to go undefeated, but the likelihood is not very high. Now we just have to move on and focus on getting three points to make up for the loss."

Phoenix Rising now returns home to Wild Horse Pass to host Pacific Division opponent Las Vegas Lights FC. While Las Vegas has started off the season with two losses, Schantz is not underestimating the club and its talent. As a new affiliate team of LAFC, Las Vegas has received players on loan from the MLS side just hours before match kickoffs, which makes their starting lineup a bit tough to predict.

“We have to anticipate we’re going to play a very good team," said Schantz. "The only thing we do know is that it’ll be a 4-3-3 and their fullbacks will stay home. Their front three will sit high. They’ll try and get you in transition. They play very similar to us. This will be an opportunity for us, at our home field, to really get after an opponent.”

As far as his club goes, Schantz hinted that we may see some changes to the starting lineup and that practices have been very competitive. Rising will look to get back in the win column back at Wild Horse Pass, which has so far been very friendly.

MORE, MORE, AND MORE MOAR
Santi Moar scored the lone goal against Tampa Bay on May 15. He has now scored or assisted in every game this season. He leads the team in goals (3), assists (2), and is second in chances created (7) behind Solomon Asante (9).

IRON MAN WATCH x2
Solomon Asante and Kevon Lambert are each a game away from tying goalkeeper Carl Woszczynski's club record for most career appearances (91). Woszcynski spent five years with Phoenix, while Asante and Lambert are in their third and fourth seasons, respectively.

DYNAMIC DUO
Per Opta, Phoenix has two of the top five rated players in the league in Asante (4th) and Moar (5th). The two have combined for five goals, two assists, and 16 chances created.

A Little Bit About the Rowdies

DEFENSIVE STRUGGLES
Lights FC have given up eight goals in just two games this season. They are tied with San Diego Loyal and Sporting KC II for most goals conceded in the league.

SOCCER LEGEND TURNED COACH
Las Vegas is led this season by U.S. Men’s National Team veteran Steve Cherundolo. In addition to his 87 caps for the United States (including 3 World Cup trips), Cherundolo had more than 350 appearances for Germany's Hanover 96.

LAFC PARTNERSHIP
This year, the Lights entered into a new affiliation with MLS side Los Angeles Football Club.

“Lights FC is ecstatic to partner with LAFC. To be the best you strive to work with the best & LAFC is a world-class organization,” said Lights FC Owner & C.E.O. Brett Lashbrook. “We’re incredibly proud of what Lights FC is building within the Las Vegas community and today’s announcement provides so many important new resources to accelerate our club’s growth plan.”