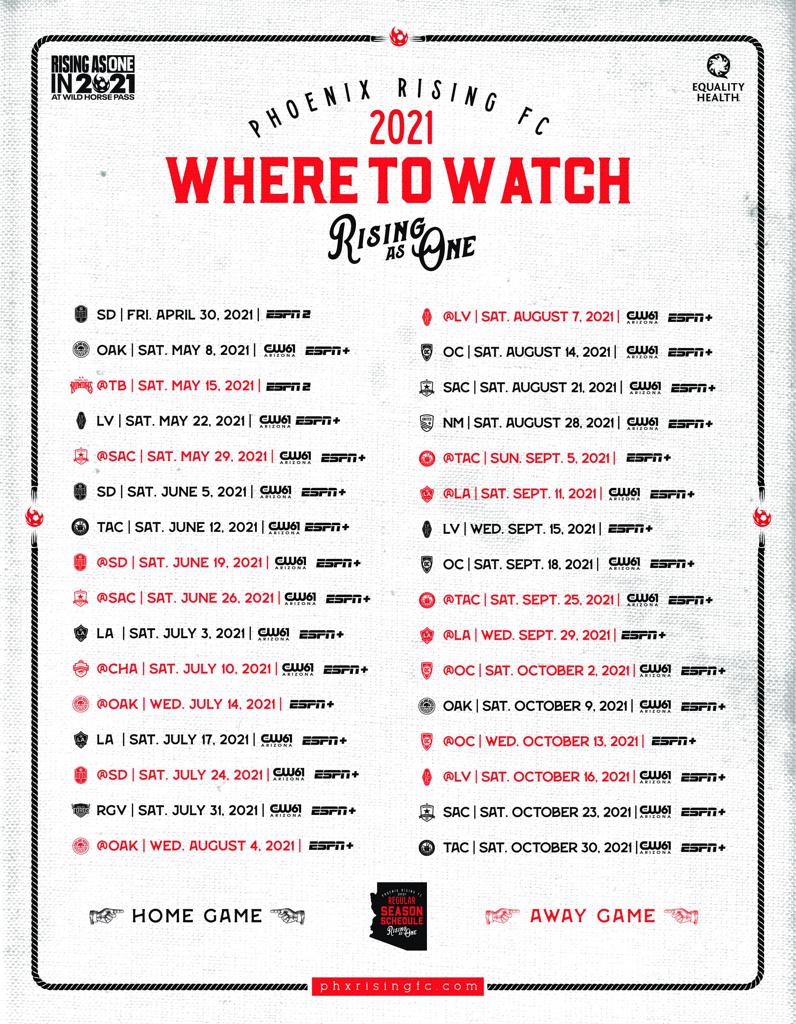 La Mejor 106.5 FM & 1400 AM to expand Rising’s coverage across The Valley via Spanish-language radio broadcasts

Phoenix Rising released today its official broadcast schedule for the 2021 season, presented by Equality Health, featuring CW61 and ESPN 620 AM locally, as well as ESPN2 nationally.

The defending Western Conference Champions have also partnered with La Mejor 106.5 FM & 1400 AM to broadcast all 32 matches in Spanish across The Valley.

“For our radio station, this has a lot meaning,” said Pedro Marques, owner of La Mejor. “We’re excited to become the Spanish voice of Rising because, for 99.9 percent of Hispanics, soccer is their favorite sport. Broadcasting the highest-level pro soccer franchise in Arizona history at La Mejor is a great thing and means a lot to us.”

Rising will appear on ESPN2 in its home-opener against San Diego Loyal, on Friday, April 30. The club’s long-awaited match vs. the 2020 Eastern-Conference Champion Tampa Bay Rowdies will also air nationally on Saturday, May 15. Outside of those two matches, 24 games will be broadcast live locally by CW61 Arizona.

All Rising matches will stream live on ESPN+.  Each match is also available to listen live via the Arizona Sports app and on ArizonaSports.com.

ESPN 620 AM will air matches locally in English. Head coach Rick Schantz will be featured every Saturday morning on Arizona Sports 98.7 FM, beginning Saturday, May 1. 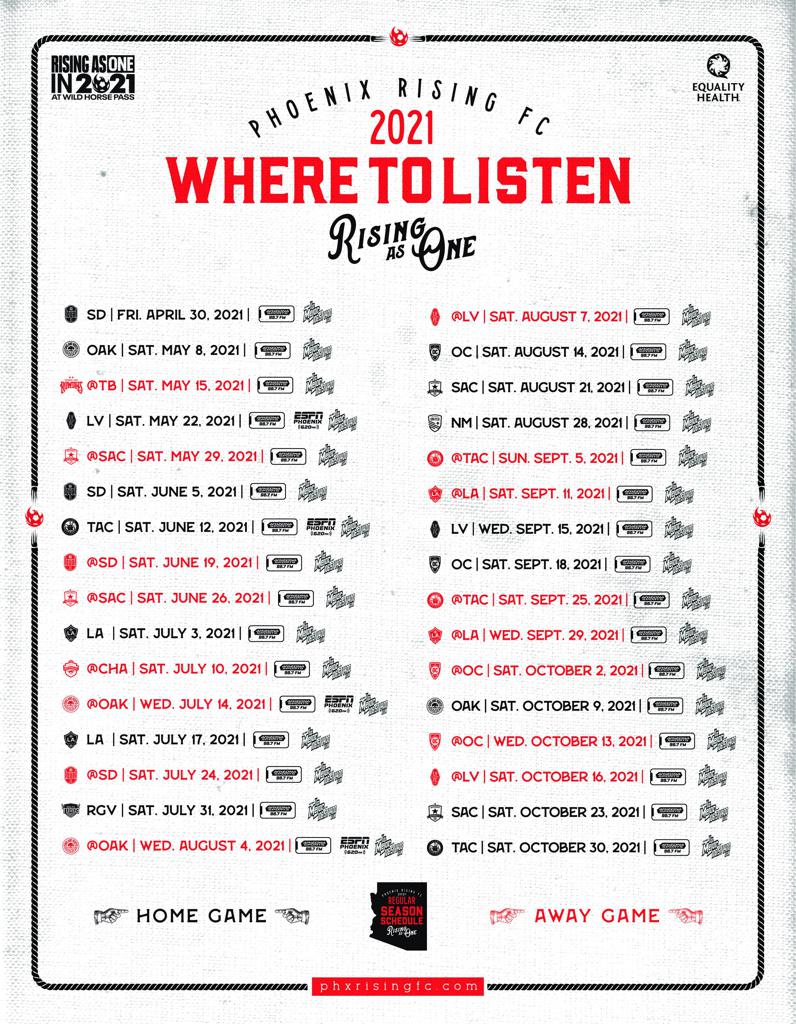