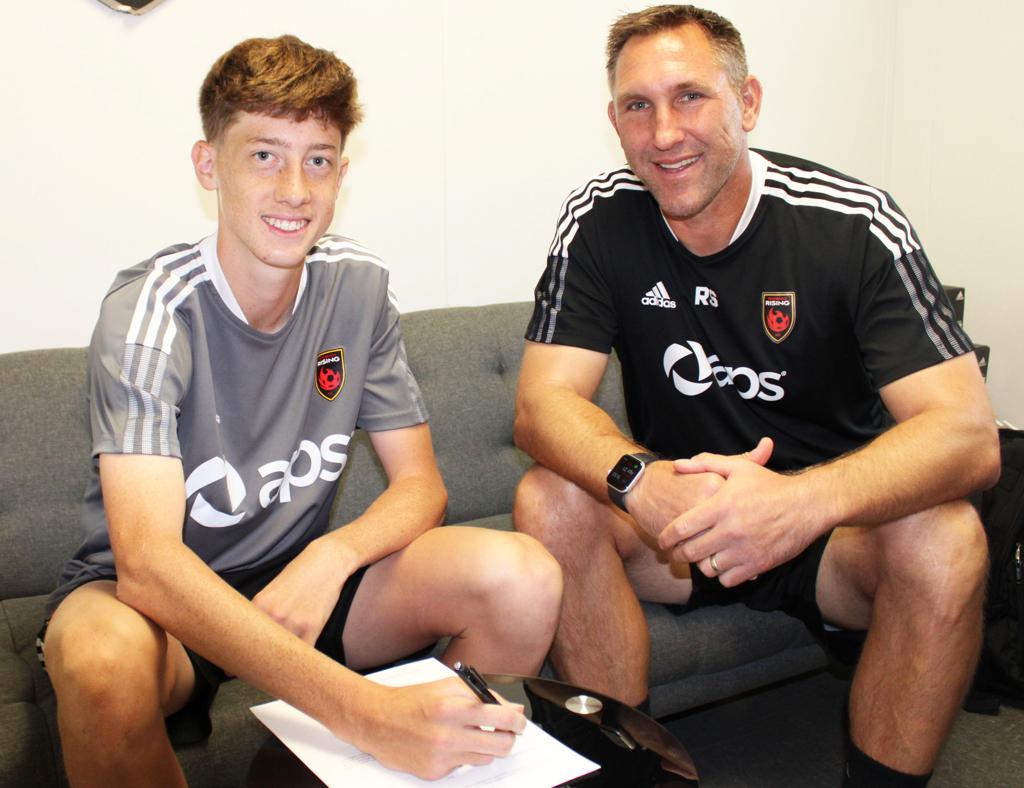 Rising now has 23 players under contract for 2021 season, beginning next Friday, April 30

Phoenix Rising FC has signed local youth product and defender Niall Dunn to an academy contract for the 2021 season, the club announced today.

“Niall has shown a maturity that you don’t see often at his age,” said Rising head coach Rick Schantz. “His composure as a center back, playing in such high-level games shows he has a bright future. It’s just the start for this young man. We are glad he is part of our organization.”

“Playing against MLS opponents, it’s crazy to think that one day I’m playing against kids my age and the next I’m playing against… professionals,” said Dunn. “Getting minutes against them has been an amazing opportunity for me. Once the club set a date for me to officially sign the contract, I was amazed. I couldn’t believe the work I put in has brought me this far.

“Darnell King and Jon Bakero have been great mentors to me. They’re always giving me advice on how to improve. It’s a lot quicker pace. The intensity is higher. Going from academy games and training sessions to the pro level… The first few days, I was really in shock of how fast it was but now I feel more comfortable after playing at this level for over a month.”