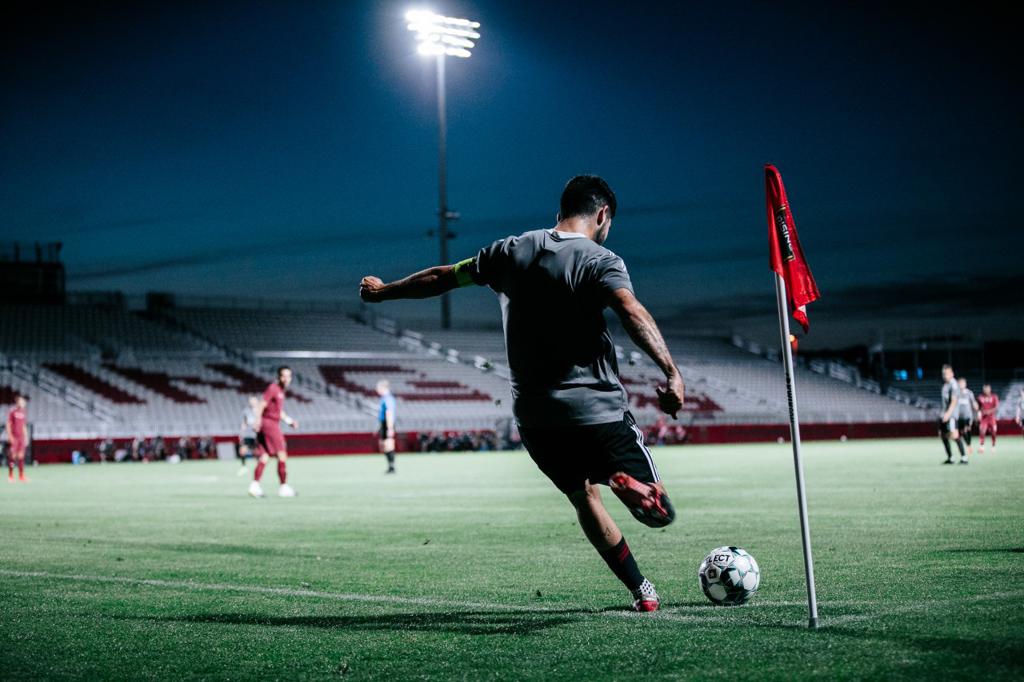 "The first half was fantastic," said head coach Rick Schantz. "The effort, the passion, the commitment was great. We were much more dangerous [than the earlier match]. We just need to be sharper. It's coming."

Rising opens its 2021 regular season, presented by Equality Health, on Friday, April 30 vs. San Diego Loyal SC. That match will be broadcast nationally on ESPN2, beginning at 7 p.m.

Tonight, Adekoya bagged the first goal for Rising on its new pitch in the 43rd minute, when a turnover in Tucson’s defensive third of the pitch gave the forward a clear look at goal. Adekoya ran at goal and fired a low shot, just inside the near post to put the home side up, 1-0.

Pressure once again forced a turnover in a dangerous area for Rising in the 50th minute. Joey Calistri won the ball back and fired a shot that was deflected, but Adekoya was in perfect position to capitalize. The forward easy deposited the ball in the back of the net for his second of the match.

"Seyi does best when he has no time to react," said Schantz. "He's so powerful so aggressive. He is still learning our system. He's going to do ok for us."

FC Tucson pulled a goal back in the 70th minute. A miscommunication between Rising goalkeeper Edward Delgado and a defender left Tucson’s Gio Calixtro with an open goal. The forward did well to chip a well-aimed shot into the empty net to make it 2-1.

On what the biggest difference was between tonight's game and the earlier game on the defensive end...

"Well it starts with the commitment from the front three and then the pressing in the midfield three. I thought that Jon Bakero, this performance, they talked about it after the game, I was in there with eight or nine of the veterans, and they had a real serious conversation about accountability, and starting to hold each other accountable on the field and don't take it personally. He came out with real serious intentions and it spreads. That kind of attitude and behavior is what we need right now, and it'll spread through the whole locker room."

On what it was like playing under the lights for the first time in the new stadium (with some fans):

"This place is gorgeous. I want them so badly to do well, and I want to succeed so well for our fans. I can't wait for 10,000 people in this place because this environment is going to be pretty awesome."

"Yeah Zac Lubin has a lower back injury and right now he's out indefinitely. We're not exactly sure of the timeline."