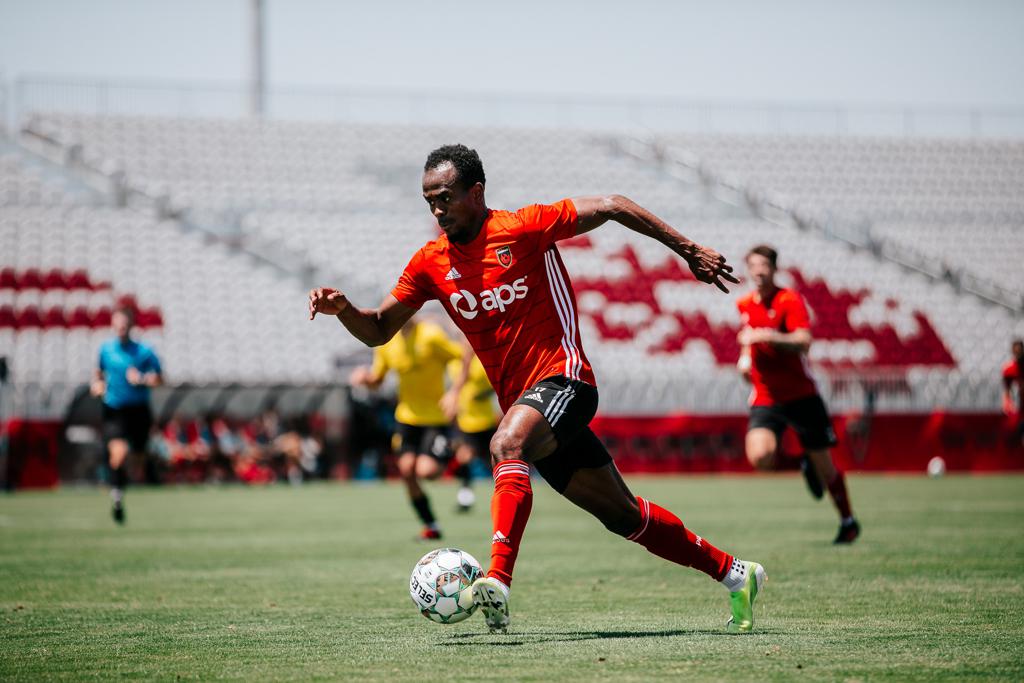 Phoenix Rising FC fell, 4-0, to New Mexico United in its penultimate match of the 2021 preseason today at Phoenix Rising Soccer Complex. A second match is set for tonight at 7 p.m. vs. USL League One side FC Tucson.

“We’re still not sharp,” said head coach Rick Schantz. “You hope that, under the lights next week, it’ll be different, but we didn’t compete as well as I would have liked. We have seven days to fix it.”

New Mexico scored its first goal of the match in the seventh minute, when the ball was played forward into space on the right flank. United’s Daniel Bruce crossed a looping pass to the back post, where teammate Harry Swartz outmuscled his marker and headed a shot past Rising goalkeeper Andre Rawls.

The score remained 1-0 through halftime. Phoenix nearly leveled the score coming out of the break when substitute Santi Moar pushed the ball into space for the overlapping run of Deklan Wynne. Rising’s left back curled a pinpoint cross into the area, where Solomon Asante chested the ball down to his feet. The 2020 USL MVP tried to pick out the top corner of the net with his shot, by New Mexico goalkeeper Alex Tambakis made an outstanding save, diving high to his right side to slap the ball away.

New Mexico answered with a free-kick goal in the 62nd minute and Brian Brown put the visitors up, 3-0, in the 78th minute on a play that was set up by Devon Sandoval. United make it 4-0 in the 84th minute when a back-pass from a Rising defender was picked off and scored by Brown.

“There’s been a lot of change,” said Schantz following the match. “New staff, new players, new facility, it takes time. You don’t just snap your players and replace 12 players. We’ve been able to be consistent here at Phoenix Rising. We work hard at maintaining that level. I’ll continue to work hard and make sure we get it right before the start of the season.”