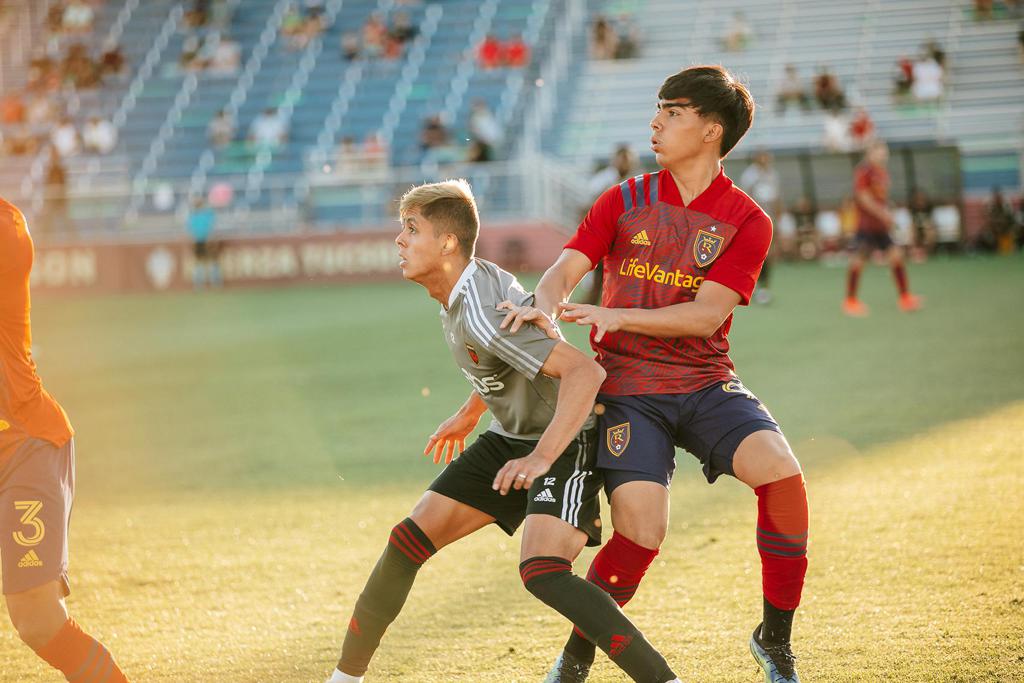 TUCSON, Arizona – Phoenix Rising hung with Real Salt Lake for 90 minutes, but came up just short in a 1-0 preseason loss to the Major League Soccer side tonight at Kino North Stadium.

Rising returns to Tucson this Saturday, April 10, for a preseason rematch against Colorado Rapids.

The defending Western Conference Champions are set to open its new stadium at Wild Horse Pass vs. San Diego Loyal on Friday, April 30. That match, which will be broadcast live on ESPN2, is scheduled to kick off at 7 p.m. MST.

Tonight vs. RSL, Phoenix had two early chances in the 13th and 14th minutes to go ahead. First, Arturo Rodriguez fired a shot from distance but his attempt sailed just off target. The second came from Prince Saydee, who ran down the left flank, worked his way past a defender and tried to beat the ‘keeper, but his try was also just wide of its mark.

“Jeremy Kelly is playing at an MLS level,” said head coach Rick Schantz after the match. “We also had some younger guys out there in the first 25-30 minutes. They did ok. They created some chances. If Prince or Seyi score one of those early chances, it’s a different game. Once we gave up the goal, we kind of fell asleep on a throw-in, and then the guys got a little bit shy. They packed it in after that. I felt like they didn’t want to get scored on again.”

The only goal of the match came in the 26th minute, when Salt Lake’s Douglas Martinez got into the area and dropped a pass back for Albert Rusnak to hit first-time. The striker finished well to put Real ahead 1-0

Phoenix nearly drew level in the 61st minute, but Real defender Emilio Orozco cleared a ball off the line to preserve the 1-0 lead for Salt Lake.

“Niall Dunn just played 70 minutes against Douglas Martinez, who was just in the Olympics [qualifying matches],” said Schantz. “I’m so impressed with him. He did very well. We’ll have to keep a close eye on him.

But our second group came on and played well. Most of our guys from last year’s team were in that group. They understand the style and we saw an explosive 20 minutes there at the end. I was impressed with RSL too. They raised their own level and that was some fun football to watch.”