Round of 16 draw set for May 4, will determine Rising's first opponent 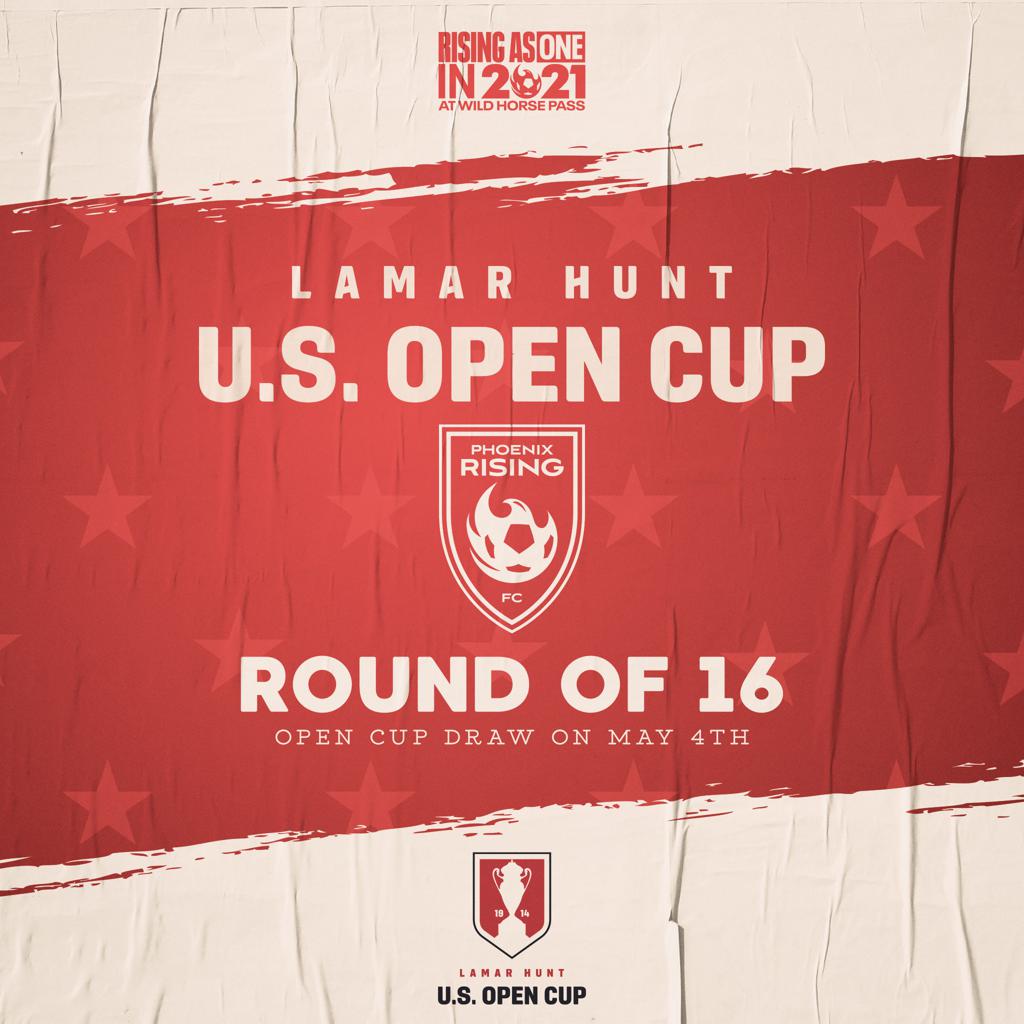 Phoenix Rising is one of five USL teams that will represent the league in U.S. Open Cup play, the league announced today. A tentative draw for the Round of 16 matches is set to take place on May 4.
At its meeting last week, U.S. Soccer’s Open Cup Committee made the difficult decision not to hold the tournament’s previously planned Opening Round, which was scheduled for May 4-5. The Committee cited the challenges still in place due to the COVID-19 pandemic given the competition is played across the country involving clubs from multiple professional and amateur divisions and leagues. The tournament is now structured to feature 16 teams which will play four rounds in pursuit of the 2021 Lamar Hunt U.S. Open Cup title.
Following a Championship Board of Governors meeting, it was voted upon that the four Eastern and Western Conference Finalists from the 2020 USL Championship Season would represent the league in the adjusted 2021 competition.
In addition, through a League One Board of Governors vote on Wednesday, 2020 League One Title-winner Greenville Triumph SC would be the league’s representative.
The Committee will next review matters by April 19 to confirm whether the Open Cup can commence with the Round of 16 on May 18-19 for its 107th edition. All matches from the Round of 16 through to the Final will be shown live on ESPN+.